“Like a box in the bollox followed by a fall down the stairs” – Dara Higgins gets roughed up by LaFaro‘s Easy Meat.

Like a box in the bollox followed by a fall down the stairs, is the skull rattling tattoo with which LaFaro announce their intentions. It’s loud, pounding, unrelenting, which is how it should be. This is hardcore, they say. Lafaro aren’t afraid of being able to play their instruments, and neither are they afraid of wearing their influences on their sleeves. Nods and winks abound, but it’s a difficult genre to make your own, so narrow is its field.

Lafaro show touches of melody that might set them apart from other practitioners of the art. Have a word with yourself is particularly good in this regard, and, appearing in the middle of the record, breaks up the monotony somewhat, but the goal is always to create more layers of loud. With Settle, Petal they show that the two aren’t mutually incompatible, and they can create interesting clashes of rhythm without getting all math on our asses.

They could do without the doodles in between songs, that they’ve gone so far as to give names to. Those vignettes may hint at an everyday down to earthiness, a mood lightener, a bit of a chuckle, but really they just clutter up the gaff. Unless they’ve got some kind of weird situationalist play going on over the course of the record that I’m too thick to get.

If hardcore is your thing, give it a lash, why not.

Easy Meat is out now on Smalltown America. Stream it here – http://soundcloud.com/smalltown-america/sets/lafaro-easy-meat-album/s-7XFNH 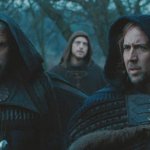