Recently departed Bloc Party frontman Kele Okereke’s The Hunter EP turns out to be less than the sum of its parts.

Usually, track-by-track reviews are stupid and pretty boring to read. In the case of the new EP from (former?) Bloc Party front-man Kele Okereke, it might be worth making an exception. You see, the reason track-by-track reviews are usually pointless is because most albums or EPs will have some sort of running theme, a thread that connects the work as a whole, which means that any review would end up repeating itself somewhat. The Hunter poses no such problems. Instead of working on creating any kind of cohesive identity, Kele has chosen to pick indiscriminately from a myriad of different “dance” genres. Displaying a depth of knowledge roughly equal to that of a puddle in summer, the singer plucks sounds and loops from the cheesiest, most hackneyed parts of “dubstep”, house, pop and trance to form something entirely boring and worthless.

He opens with ‘What Did I Do?’ which is essentially a sub-bass underpinning a dubstep beat stripped of all its force. It’s big but not as utterly bombastic as the music made by the acts currently making their version of dubstep the genre-du-jour. It’s like something Skream might have made if he never spent a night in an actual club, retaining the sheen of the Londoner’s poppier work but losing any edge. ‘What Did I Do?’ might eventually be remembered for possessing the weakest drop of 2011, or possibly any other year, with the bass that fills the space after the first chorus being the most laughably obvious example of someone working with tools they don’t understand. The lyrics “Give me the words and I’ll sing them” perhaps could have been changed to “Show me the sounds and I’ll steal them” for a more accurate picture of where Kele is right now.

‘Release Me’ is another fine example of the scarcity of ideas on show. Take one drum loop someone else prepared earlier, add a badly chosen present synth lead playing a pathetically weak, misguided (and out of time) melody, cover it with an aimless, repetitive vocal and leave it to half-bake for about a minute after you think it’s finished and voilà! Shit soup. The song goes nowhere except back to the same nonsensical lead line and it’s difficult to understand how both Kele and his producer, the not entirely disreputable XXXchange, figured this was worth putting on a record.

It speaks volumes about this EP that the strongest – have to be careful with the wording here, I don’t want to imply it’s any good – track out of the seven is the only one not written by Kele himself. ‘Goodbye Horses’ might be a pretty vacuous mixture of big synths and meaningless vocal hooks but at least it’s not downright offensive. It works in a less purist form, going more for a straight-out pop thing which at least retains its own dignity by not trying too hard.

‘Love Is A Weapon’ kicks off with the sound of bullets, just in case you didn’t read the title. The backing vocals that echo around in the background seem to disregard key and timing. Possibly some attempt to seem avant-garde, the piano and vocals never quite line up and the song ends much as it starts, in a wash of directionless sound.

The Hunter contains seven tracks but we’ll stop there because if you’ve made it this far, you’ve hopefully gotten the picture. This EP would have been bad enough with just the standard four tracks but by extending it to almost double that, Kele really draws out the torture to excruciating levels. One final note should be saved for the last moments of the last song, ‘You Belong To Someone’ which combines group chanting, steel drums and chirpy guitar into the single cheesiest moment you’re likely to hear on a record this year. All in all, Kele has continued his long-standing tactic of attempting to keep up with the times rather than focus on any actual expression of his own. This, in itself, is not surprising but what is shocking is his fundamental inability to do it at all well. Genuinely one of the worst records you’ll hear all year so do yourself a favour and give it a miss. 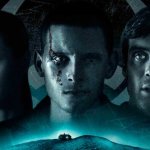 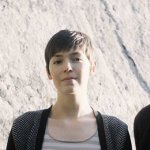 Next
The Ambience Affair – You Can’t Pick Your Audience