The press release tells us that this, the new LP from Waterford’s Katie Kim, is a departure from previous form and a deeper exploration down droney avenues, and while this certainly may be true of the first 30 seconds, what they’ve neglected to mention is that the LP suddenly bursts to life with a welter of huge melodies. Your jaw drops. I reckon they’ve done it on purpose….

At times the production is deceptively murky and reverby, as if trying to shield the listener from the gorgeous songs lilting underneath. Any cleaner and we couldn’t handle it. And the voice, oh the voice! As relaxed and unaffected as it sounds, the album is just riddled with beautiful vocal performances throughout, as soft as crystals, which makes little sense, but there it is.

Salt is intriguing, sharp and bold, and where you could be forgiven thinking Katie Kim already had a solid mastery of inventive songwriting, this is a fairly staggering leap forward. In this day and age, who can tell if it’ll reap any kudos, but it certainly deserves to.

Salt will be released on limited edition heavyweight vinyl and digitally from Friday October 14th 2016 with pre-orders now live via Bandcamp here. 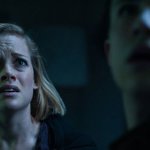 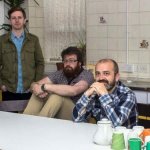