“We need to undo the untold damage of the nineties, and it’s anoraks and lad rock, standing still, spitting out infantile rhymes and stealing only the obvious riffs from the obvious bands, and get back to posturing” – Dara Higgins on Kantor Tzar Collectif‘s Absent EP.

I’m old enough to not get Grimes, but also to know what it was like when The Sisters of Mercy were an actual, real, going concern. These days it’s hard to know if a kind of bedsitty gloominess is a result of an immersion in the Sisters, Nephelim, Cure et all, or just the XX (I don’t get the XX.) Kantor Tzar Collectif might be more of the former, than the latter, with their heavy, fuzzed bass riffs and kind of dark, goth-disco feel.

The music of this Dublin two piece is based around a drum machine, the odd Cinematic Orchestra type sample, and guitar shapes Andrew Eldritch would be proud of. Between The Tare, the first song on this e.p. is most resonant of the early eighties oeuvre, led along by the insistent machine beats. In the voice there’s a kind of growling, which is supposed to convey a kind of drama, that’s reminiscent of early Emotional Fish (gulp! Did I just say that?), or The The, but without the depth or darkness. The chorus deals with “fighting on the dancefloor” which, funnily enough, was a factor of any Saturday night out on the Indie tiles in the old Olympic Ballroom back in the day. Beyond that, on Crooked Smile, there’s more of a suggestion that Madchester may be an influence, with its louche bongos and slighter rhythm, not to mention a stray mention of “ecstasy”. Plugged In uses an old piano sample, complete with vinyl crackling, which gives way to delay soaked guitar and heavy bass.

It takes more effort to play this kind of music and actually mean it. I hope that they dress in black, wear shades over their kohl-ed eyes while hanging around in darkened rooms, and have a baby tiger on a chain. I hope that their drum machine has a name. That kind of making an effort is he least we should be expecting from our artists. We need to undo the untold damage of the nineties, and it’s anoraks and lad rock, standing still, spitting out infantile rhymes and stealing only the obvious riffs from the obvious bands, and get back to posturing, make up and quoting from the classics. KTC may not even be into that. These days it’s hard to know at what remove bands are from the original influences. Perhaps these lads just bought a few Interpol albums, and think Joy Division is when you get an A in your maths homework. But whatever the genesis of their music (and wouldn’t it be great if it were Genesis) they have a sense of sweeping, velure-clad drama, which is something Irish music could do with. 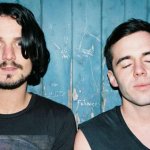 Previous
We Cut Corners – Irish Dates, The Great Escape & New Video
Next
Tieranniesaur – In The Sargasso