John Maus – A Collection of Rarities and Previously Unreleased Material

“Though the closing tracks leaves a very sweet taste in the mouth, the overall effect of the collection is a little underwhelming.” – Ian Maleney on John Maus‘s forthcoming collection of rarities and demos.

John Maus‘s vision of synth-pop has always had a classical or baroque sensibility that has meant it draws as much inspiration from Vivaldi as Vangelis, sharing as much with Pachelbel as Popul Vuh.

The songs collected here mostly are mostly culled from a selection of demos that Maus posted on his own website last year, with a complement of rare tracks and totally unreleased material to round out proceedings. The earliest track comes all the way from 1999, the exceptionally playful ‘Fish With Broken Dreams‘, but the highest concentration of creativity here seems to be from 2003/2004 and 2008.

The songs from 2003 show the beginning of a truly personal style beginning to eke its way out – one which found its fullest refinement to date in last year’s We Must Be The Pitiless Censors Of Ourselves. The sharp, straight-forward drum machine beats smothered with expansive chord progressions on his collection of creaking analog synths combined with Maus’s unmistakeably dour baritone to create an unsettling vision of wide-screen lo-fi. It is cold and warm at once, and these demos manage to shed some insight into that unique blend of nostalgic sound and futurist drive in its earliest manifestations.

Mostly, these songs add nothing particularly new for anyone familiar with Maus’s aesthetic, just expanding on the tightly-wound, classically-arranged lo-fi pop he’s made his name with. Though ‘Mental Breakdown‘ from 2004 and 2008’s ‘My Hatred Is Magnificent‘ are exemplars of the form Maus works best in, the last song, ‘I Don’t Eat Human Beings‘ is the most surprising. Falling more in line with the achingly lonely, abstract r’n’b of early How To Dress Well than anything Maus himself has done in the past, it rings with an epic and expressive emotion which is most unlike him. “So far away” sings Maus, his voice echoing over a bed of celestial strings before flying up into a flurry of notes in a range way above his usual droning intonation. Coming at the end of 16 snapshots of relatively standard Maus, it’s a truly surprising breath of fresh air and his most successful, perhaps only, attempt at unblemished beauty to date.

Though the closing tracks leaves a very sweet taste in the mouth, the overall effect of the collection is a little underwhelming. It’s not like you’re going to find too many hidden gems in here, with a couple of solid, good songs lodged in the mire of songs that were turned down for a reason. Maus’s style is not exactly wide-ranging and, as such, it does get repetitive when stripped of the fully-developed hooks and moments of a “proper” release. The last track is something special, but other than that it’s probably best left to the completists.

A Collection of Rarities and Previously Unreleased Material will be released by Ribbon Music on July 16th. 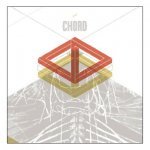