God Is An Astronaut – Origins

“There’s a huge richness to it all” says Niall McGuirk of God Is An Astronaut‘s seventh LP, Origins.

And so God Is An Astronaut finally have an album for every day of the week. This is their 7th offering. I have been scratching my head to find what Irish bands have released 7 albums. if you don’t mind I’m gonna limit it to rock (or some sort of base in guitar music) and bands still going- there’s too many Wolfe Tones or TR Dallas out there to compete with. With that in mind we have U2, Therapy?, Paranoid Visions and erm maybe Horslips. Any further suggestions?

When GIAA (just a letter away from the GAA eh?, no I in Gaelic games) started out in 2002 Glen O’the Downs was home to protest about a motorway being built. While people were building houses in trees and tunnels underground the Kinsella brothers were honing their craft, coming up with well crafted post rock songs. And now, 11 years on, we finally have an album for every day of the week. Oh and a motorway bringing you to Wicklow.

Origins has seen the band to expand to a five piece to create a layer of sound that somehow creates an image in the listeners mind. I see colours, strobelights and a light to enter into. It’s an aural dream-like journey that carries you through these 12 songs.

Post rock started for me with Polaris and their friends from leeds followed by Dublins very own Redneck Manifesto. God is An Astronaut take these bands and layer the sound, and layer it, and layer it. There’s a huge richness to it all. Get your headphones on, turn up the volume and loose yourself in the beauty of this record 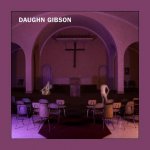 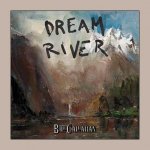