‘Let’s get things clear right from the start: Fugazi are more than a band‘ – Niall McGuirk reflects on Fugazi‘s impact, their legacy, and the release of their First Demo

Fugazi agreed that it would be a good idea to travel to Ireland to play a gig. I booked McGonagles. Some recent Sunday afternoons had been spent there seeing various bands that the Warzone people from Belfast had brought over. Warzone got George Curran and some friends of his to book McGonagles when bands were travelleing over. They booked the venue and helped out on the day… Alan, Fergus, Paddy, Richie and I went about getting bands to play on the bill, we did a press release promising a “night of musical mayhem”.
When it came to the issue of money, Jabs (a friend of Fugazi’s based in Nottingham who helped coordinate their tour) asked how much the venue was to hire and the cost of a P.A. and posters. He said the band wanted a door price of IR£3, so we did the figures and said if there were 180 people at the gig the band would get IR£200. On the night there were a few less people, but we put some money together and gave the band IR£200. They were happy, and little did I know this was the start of something regular.”
– From Document: A Story of Hope, this piece was about the first Fugazi gig in Dublin on 29th November 1989

“Life is what you want it be… don’t worry about what the other people say”
Let’s get things clear right from the start: Fugazi are more than a band. While their modus operandi was songs and records, these are not just chords, notes and words. I have this demo tape at home since my friend Tommy posted it to me in 1988. Even getting something in the post from somone living in the same city as me was an education. Of course we can post things to each other, we don’t have to meet to share information. But remember this was a time so different to today. Our communication was direct, maybe some phone calls and mail.

Word got around through my friend Alan that Fugazi were going to tour the UK. How did Alan know? He worked for Aer Lingus and managed to fly out of the country for gigs. Alan knew everything. I then spent weeks trying to figure out how to contact the band. Pure detective work – letters, phone calls made in the dead of night, and persistence. I eventually got there, through Dischord, Southern and English friends. I mentioned to Tommy at a gig in McGonagles – exactly which one I don’t remember, probably Generic – that I was trying to track down Fugazi as I heard they were doing some UK gigs. He had the tape, said he’d post it to me and the rest rolled on.

“Action, reaction, action”
I practically wore out that cassette. This was a new sound. Not punk rock in the way we were used to listening to it, not hardcore with that breakneck speed to various levels, not indie pop complete with its harmonies. This was a mix. The songs soared, bass and guitar riffs aplenty. Sometimes it challenged you, mostly it moved you, got you going in slightly different directions, but always with a meaning. I always felt The Ruts were one band that all members of Fugazi listened to, never actually asked them though.

“Function Is The Key”
And so they came to Dublin on the back of a demo tape and a reputation as big as McGonagles. They played to 180 people with my band, Tommy’s band and Moral Crusade (we tried to bridge a gap betwen metal and punk… and they asked).

History Lesson *2
They returned the following year and the next, and again.

Fugazi was the band that really got things going for Hope. This gig, their second visit to Ireland, was packed out. We were totally taken by surprise. In a repeat of what happened the first time they came over Fugazi missed the ferry. There were no mobile phones then, so my Dad drove into the gig to tell us that some band had rang the house and was gonna get on the next ferry at Holyhead.

I was playing in the first band on the night, and when we went on stage Fugazi were yet to arrive. My memory of playing this gig was seeing Fugazi walk through the crowd with guitars and amps in the air. Phew, I was thinking, at least we don’t have to refund anybody!!The P.A. kept threatening to fall over and we had to station people beside the speakers to prevent them from falling over. There was a lot of dancing and many people felt they could get up on stage and jump into the crowd at will – something Fugazi and many others in the audience didn’t want.

I was amazed afterwards when we went to count the money with Ian MacKaye, singer and guitarist with Fugazi. There was IR£1400 left after the venue and PA had been paid for. Ian said “how about we take £550 and you use the rest to do other things”. After receiving his reassurances that this was ok we then used that money to start a “Hope” fund, money that could be used as a back up if gigs didn’t go according to plan. Hope was then able to put on many great bands, giving them at least their ferry fare regardless of crowd numbers and also release a record….”
– taken from Document: A Story of Hope, this piece was about the second Fugazi gig in Dublin on 23rd November 1989

“You are not what you own”
I would hazard a guess that more words have been written abut Fugazi than any other independent band. They have been the subject of many thesis, dissertations and no doubt PHD’s. Academics have spent days, weeks and maybe even years trying to get to the bottom of the band’s motives and influence. That influence has been huge and wide ranging not just musically, where Johnny Marr has been raving about them recently, but also in the way they approached their business. This was a band that practiced 4 hours a day 4 or 5 days a week, more than professional footballers. They put out their own records, were involved as much as possible in their own gigs and always played only benefits in their home town. The influence they have had on music cannot be underestimated. Ask Dave Grohl.

“You can’t be what you were
You better start being just what you are”
I was 20 when I heard them first, you may not even have been born. I was in a band, I wanted my band to put out their own records, aspired to play as many all-ages gigs as possible and always be accessable to people who came to see us. We couldn’t keep playing, but that was the model for putting on gigs as Hope Promotions, and then the Hope Collective. This band are more than a collection of songs. But they have now released that first demo.

11 songs are on here, and whilst one has only been released in the same format, all bar one (Turn Off Your Guns) have seen the light of day. I have always been a bit uncomfortable with greatest hits and retro releases, but 12 years ago Fugazi decided to take a break. The various members dispersed around the U.S. and Italy and have done their own thing since then. In 2011 the band decided to try and document their existence. They endeavoured to put all their gigs up online. The culmination is the Fugazi Live Series. All archived tapes have now been put online and you can hear most of those Dublin gigs should you wish. This was probably the only piece left. Maybe it completes the jigsaw but maybe that can grow, who knows?

“the word is change”
It would be good if you were still buying Dischord releases by bands like Red Hare and Chain And The Gang or even further afield by bands like Bear Trade but if new music is not your thing please get this. They deserve your support. 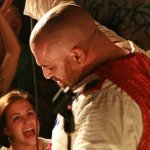 Previous
B.Dolan – What More Can I Say? 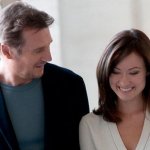