‘This might be downbeat stuff but it doesn’t lack for tunes‘ – Neill Dougan on Floor Staff‘s debut The Good Luck EP.

Some might describe it as misguided – perhaps even foolhardy – to attempt to start an experimental pop group with only two members. Two people can feasibly form musical acts of various hues: an acoustic-guitar-and-singer folk duo, maybe; an MC-and-DJ-hip-hop combo, certainly; you’re even halfway towards a barbershop quartet. But a fully-fledged prog-pop effort? Wouldn’t that require – y’know – a few more bodies?

Thankfully, this defeatist attitude is not one shared by Dublin pair Anthony Donnelly and Stephen Murray – aka Floor Staff – who have called in favours, begged, borrowed and (possibly) stolen to round up the extra bodies they needed to realise their first release. And we’re glad they persevered, as The Good Luck EP is an assured and accomplished debut.

There are many things to like about The Good Luck EP. Firstly there’s the pacing: many is the fledgling band that rushes at you like an over-eager puppy, leaping all over you and leaving unpleasant muddy pawprints on your chinos in its haste to be loved. Not so Floor Staff: the first track here ‘The Guest’ is unrushed and stately, unfurling gradually over its four minutes, the swelling horns at the track’s conclusion rounding out an effective opening salvo. This deliberate, measured pace is maintained over the course of the EP, suggesting an unshowy band, confident in its own abilities even at this early stage.

Another point of note is the pervading atmosphere of low-key angst, which again is consistent across the EP. This is no hands-in-the-air, celebratory affair: an uneasy anxiety prevails throughout, strangely reminiscent of the muted, otherworldly ennui found on Hex by British post-rock pioneers Bark Psychosis or even the later work of Talk Talk (and the very fact that Floor Staff’s debut calls these acts to mind is high praise indeed). Thus on the title track the band essay a nervous, fidgety new wave riff, accompanied by an ambiguous, vaguely unsettling lyric that seems to reference fractured families (“If your daughter-in-law hadn’t got married/You wouldn’t know the little ones at all”). Elsewhere, this sense of melancholy is made more explicit still in lines like “I think it’s about time I cut my throat” (‘The Oldest Mind’) or “Nothing like waiting for a death/Nothing like listening for a last breath” (‘Funeral March’).

The band earns further plaudits for their nagging, insistent melodies. This might be downbeat stuff but it doesn’t lack for tunes. ‘Owe Everything’ begins with soothing, cooed falsetto backing vocals before a forlorn tune rides in atop a crisp beat and a strident, horn-led outro, while the aforementioned ‘The Oldest Mind’ features a haunting guitar riff, a truly lovely string-led outro and a chorus (“You have a heart so strong/To carry one so weak”) that simply soars. Closer ‘Funeral March’ ends the EP on a strident, declamatory note, with the excellent horn section well to the fore again.

This won’t be for everyone – nitpickers might even find that pervasive sombreness a tad oppressive – but, ambitious in scope and remarkably well-executed, The Good Luck EP is a debut of poise and purpose. Turns out two people can do experimental pop music pretty well after all. 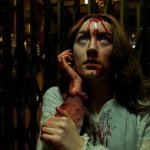 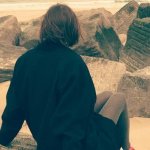 Next
Colleen – The Sheer Joy Of Doing Something New