‘So forget about summer. Draw the blinds, dim the lights and bask in the dark beauty of Dva. Winter is coming.‘ Neill Dougan on Emika‘s Dva, out soon on Ninja Tune.

So summer’s here once again, and you know that means: Festivals. Holidays. People out and about in the sunshine, enjoying themselves. The smell of barbequed meat wafting from every garden. Amid this celebration of life and vitality, spare a thought for the indoorsy types, the people who view all that smiling and fun and fresh air as vaguely suspicious, who regard the idea of going to the beach and actually getting in the water as downright insane. While you’re all out gallivanting and – I dunno – eating ice-cream while wearing a pair of colourful shorts, these pale-skinned introverts will be sitting in darkened rooms with the curtains drawn, waiting for winter’s return and listening to Dva, the second album from dubsteppy mistress of doom Emika.

The English-born, Berlin-dwelling producer/vocalist first made a splash with 2011’s self-titled debut, and much of the follow-up is very much in the same mould – glacial, sinister, bass-heavy electronica marked by Emika’s own alluring ice-queen vocals. Witness how ‘She Beats’ expertly brings the fear with bin-rattling bottom end, squealing synths and a sinister spoken-word vocal that’s leavened with a eerily beautiful sung refrain, or how ‘Sing To Me’ marries a stuttering piano sample over another ravaging sub-bass line and a syncopated beat. The excellent ‘Sleep With My Enemies’, which builds from a minor-key piano intro into a moody piece of electronica, is another effort that could have slotted easily in on Emika.

That’s not to say that Dva treads solely in the same artistic path as its predecessor – there are some great moments here where Emika moves in thrilling new directions, such as the compelling, slow-mo funk-noir of ‘Filters’, or ‘Centuries’ with its punishing house beat and shrieking synths. Then there’s the towering ‘Mouth To Mouth’, which marries otherworldly, mimimalist techno atmospherics to a haunting piano melody that unravels slowly over six and a half minutes. Almost bizarrely, the word ‘pop’ comes repeatedly to mind during the likes of ‘After The Fall’, with its dramatic pizzicato strings, and the downtempo groove of ‘Searching’. The superb, intoxicating electro-pop of ‘Primary Colours’ is another in this vein (the lyric “It’s the feeling like I’m/I’m alive, and this pain is living” being fairly typical of the mood). We’re not suggesting that these tunes will be bothering the charts any time soon – not unless we wake up tomorrow in a hellish parallel netherworld where everyone is a goth – but for all that the atmosphere is one of overarching darkness, there are plenty of melodies here amongst the crepuscular gloom.

It doesn’t all work – second song ‘Young Minds’ is an odd one, with its synthesised stabs of brass sounding almost jaunty and out of place against the rumbling sub-bass backing. Complete with some atypically uninspired lyrics (“East – I love you the same/The West – the same”), it’s a mis-step, and one that comes inexplicably early in the tracklisting. Then there’s the dub-inflected cover of Chris Isaak’s ‘Wicked Game’, which is certainly diverting but suffers by comparison with the original and feels somewhat superfluous (she also frustratingly tweaks the lyrics – come on, you don’t mess with the classics).

But Emika has one more ace up her sleeve. From the very start of her career she’s stood out from most of her contemporaries by virtue of her embrace of classical music (closing her first album with an ethereal solo piano effort) and she comes up trumps here with three superb songs that are far removed from contemporary electronica of any kind. ‘Hush Interlude’ is an audacious opener, a beautiful, swelling orchestral piece featuring 28 string players and a vocal from Czech opera singer Michaela Šrůmová (we’d like to see Skrillex try that). Coming midway through the album, ‘Dem Worlds’ is another extraordinary orchestral composition, with Emika’s vocal a striking exercise in longing. Finally, there’s doleful closer ‘Criminal Gift’, an almost unbearably sad, soulful and beautifully sung ballad that opens with Emika alone at her piano before atmospheric electric guitar and subtle synth touches see out the album on a suitably eerie, low-key note.

So forget about summer. Draw the blinds, dim the lights and bask in the dark beauty of Dva. Winter is coming. 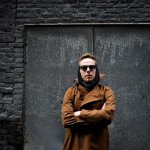 Next
‘Terrifying but also fantastically fun’ – An Interview With Stian Westerhus