Down By Law – Revolution Time

‘has that melodic punk rock feel that you’d get from Stiff Little Fingers, but more of the Go For It era when we all wished they would just play Suspect Device instead‘ – Niall McGuirk on Down By Law‘s recent EP Revolution Time

I have a fear of dentists. It all stems back to me as a 10 year old boy being terrified of a tall man in a white suit with sharp instruments in his hand. I can’t begin to explain this irrational phobia, but there hasn’t been much sympathy for it in the subsequent 35 years. Even typing this my hands are starting to get a bit clammy and lumps appear in my throat. Listening to this album is its musical equivalent. Plainly speaking – it’s disappointing.

I remember when Down By Law played Dublin in the 1990s. We were so excited that a stalwart of the DC music scene was coming to play our city. The excitment was palpable as we discussed prior to Smalley & Co.’s arrival that there was no need for heroes. It was a lifetime ago and for some of us young punks in Dublin there was real buzz of anticipation in the air. We had no real perception of the outside world as our education was through records and fanzines interspersed with protest marches and leaflets from radical organisations. We had no feeling of Dublin being something to be proud of as we grew up here, and most of us wanted to get out – those who didn’t have to leave to find employment of course. So when Americans came over and exclaimed how proud they were to be Irish we got ready to swap identities, even if only for one night. Most bands that played over here felt some connection with the country and our cynicism needed to be left outside many venues. I will never forget Down By Laws introduction in Barnstormers. They were so impressed with a Phil Lynott picture on the wall and wanted to talk about Thin Lizzy. To the young punk in me, Thin Lizzy and their ilk were the enemy. Pin them up against the wall with Blue Oyster Cult or whatever they were called. They played a pretty energetic set though, and while I have mellowed through the years I still haven’t felt a need to listen to “the Lizzy” but can appreciate that Dave Smalley was just a fan like we were of his band.

This is their 9th album and it starts on a high note with New Autonomy.The Future Is Cancelled gives a little insight into the potential that was once there. It has that melodic punk rock feel that you’d get from Stiff Little Fingers, but more of the Go For It era when we all wished they would just play Suspect Device instead. Rebel Conformist could have been good if it didn’t feel like they were just trying too hard. ‘Truth is you’re not a rebel at all. You hate all those who don’t think like you’ is the line there but while the sentiment sounds good it just doesn’t seem real. Whether that is Dave Smalleys self proclaimed celebration of capitalism I don’t know… I don’t call myself a rebel but I don’t appreciate American Republicanism, which Smalley had a brief flirtation with, and I find it extremely hard to let that go.

And then there’s the filler acoustic covers of Elvis Costello and SLF. They are the teeth extraction moments. Painful. Acoustic sets are great, I can be found at Rebellion’s acoustic stage as much as anyone else and love the feeling of a song being stripped bare and sung with real passion. The energy of one person and a guitar can be immensely powerful. But these are so weak in comparison. It’s no Tim Barry or Chuck Ragan, but I really want it to be. 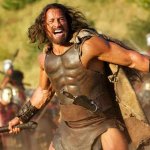 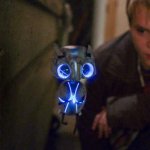 Next
Earth To Echo