‘as haunting as a Hallowe’en night sky and as starkly beautiful as ice on a frozen canal‘ – Neill Dougan prepares for winter with Cubs‘ Perpetual Light.

Well folks, that was one hell of an Irish summer. Featuring actual sunshine and heat to rival anything our flash continental cousins could offer, in coastal areas people were actually seen to get into the sea en masse. Irish people. In Ireland. It was incredible.

But now, as Michael Stipe once sang: “September’s coming soon/Pining for the moon”. Yes, Autumn will shortly be with us. The nights will draw in, foliage will brown and die, the temperature will drop, and people’s minds will turn towards winter. Before long there’ll be a chill in the air and frost will decorate the skeletal limbs of trees. No better time, then, to become acquainted with ‘Perpetual Light‘ from Galway collective Cubs, an otherworldly 10 song EP that’s as haunting as a Hallowe’en night sky and as starkly beautiful as ice on a frozen canal.

Marrying found sounds, field recordings and sampled speech to largely acoustic instrumentation and ethereal, delicate vocals, the latest effort from the six-piece outfit (featuring members of United Bible Studies, Phantom Dog Beneath The Moon, The Driftwood Manor and Loner Deluxe) is a low-key triumph of experimental, leftfield psych-folk. Interspersing vocal-led tracks with spooky instrumentals, the EP opens with ‘Gulliver’, a graceful lament that sets the Sylvia Plath poem of the same name to a fragile acoustic guitar riff, leavened by backwards guitar and an introductory sample of Plath herself being interviewed for the BBC. Cecilia Danell’s sweet, hushed vocals perfectly fit the poet’s words to the tune, making for a stop-you-in-your-tracks gorgeous first song. Danell’s vocals are again to the fore on ‘Hummingbird/McAlinden’s Lament’, on which she duets with Aaron Hurley over acoustic guitar and melodica, the song seeming to end on a note of quiet desperation (with the repetition of the line, “There’s a car over the hill/You will go far, just not far enough”) before it re-emerges unexpectedly, Hurley performing the song’s disquieting coda alone on mandolin. ‘The First Day Of Winter’ is another truly lovely moment, Danell softly cooing “Dreamed that we walk in glistening paths/Wherever moonlight takes us” over Eddie Keenan’s bouzouki. The quietly magnificent ‘White Owl’, one of two tracks that is ushered in by the ringing of church bells, sees Danell sing of winged hunters and “the unfathomable sky” over languid acoustic guitar and subtle electric guitar adornment.

The instrumental pieces – several of them slight interludes, including the 47-second snippet of weirdness ‘From The Wilderness’ – are less immediate, but repeated listening proves them to be just as atmospheric. On the title track, James Rider’s elegant bouzouki playing is offset by the sampled noise of waves to form something esoteric and alluring. ‘Stonewalker’, appropriately for a tune that begins with a spoken-word sample of a woodsman explaining how in his 32 years he’s “seen a lot of weird stuff”, is a rustic-sounding, backwoods tune, with Rider’s bouzouki again to the fore. ‘The Blessing Of Rest’ is a genuinely ominous-sounding solo acoustic guitar effort by Aaron Hurley that calls to mind images of anguished spectres roaming fog-laden, desolate forests. ‘Shadowbrook’ is another acoustic guitar composition, a picked riff that could almost be described as darkly jaunty underpinning a disconcerting sample of a man relating the tale of how he received an unwelcome ghostly visitor in the night-time.

The EP closes with ‘Taken To The Bed’, an austere acoustic threnody that opens with church bells, Danell murmuring ominously: “I’m the whisper in your ear/I’m the ruffle in your hair/I’m the sound that made you turn/But there was nobody there.” The last thing we hear is a spoken-word sample declaring that “Ghosts…keep reliving their final moments over and over again, like a phonograph needle stuck in the final groove. You see, ghosts are not aware that they are dead.” It’s a fittingly eerie conclusion to a collection of songs so spectral and mysterious as to send a chill through the bones and send you reaching for another log to throw on the fire, all the better to keep out the cold, the dark and the phantoms. Brrrr. 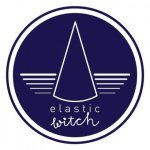 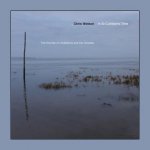