“In terms of pure talent, Illosophical is as good a line-up of rappers as has ever appeared on an Irish record.” – Dave Donnelly checks out Costello‘s debut LP Illosophical.

Anybody who watched RTE’s abysmal mockumentary Irish Rappers earlier this year would be forgiven for believing the domestic hip hop scene amounted to little more than a trailer park gang feud. This devious manipulation of the facts is unfortunate in more ways than one as it invites ridicule at a time when Irish rap has never been so vibrant or better organised. Lethal Dialect’s LD50: Part Two, released in mid-January, is the standout Irish release of the year so far, and his frequent collaborator Costello isn’t too far behind with his debut full-length, Illosophical.

The influences that inspired Illosophical aren’t hard to pin down. The title is a clear riff on Nas’s iconic Illmatic – the ‘Dublin Remix’ of that album’s classic ‘The World is Mine’ makes the point even clearer – while even the album cover, depicting Costello crouched in front of a graffittied wall is a semi-conscious nod to its less celebrated sequel Stillmatic. The beats, too, are practically soaked in the sombre, jazz-inflected style of Illmatic, with reverb-soaked piano, smooth jazz sax and languid percussion typesetting Costello’s riffs on social disengagement.

Producer GI established himself as one of the best and most prolific beatmakers around on the two Lethal Dialect albums, but whereas those records called for dark and sinister tones, Illosophical is a more varied record. Bleak social commentary like ‘Chess Game’ (featuring Lethal Dialect) and ‘See the Signs’ (featuring Jambo) contrasts sharply with upbeat, almost poppy, numbers like ‘Do the Best I Can’ – an open love letter to hip hop framed with summery clipped guitar chords and a Motown flavoured chorus. It achieves in four minutes what the Animators have been trying to do for years, and does it ten times better.

‘Do the Best I Can’ stands out for more than just the music, however. It’s one of only three tracks on the album that Costello carries entirely by himself, and the guest spots on Illosophical too often overshadow the rapper. GI’s beats are subtle enough not the steal the limelight, but his verses on opener ‘Young Apprentice’ and lead single ‘The Representatives’ sound like tacked-on exercises in half-relevant multis. It’s even more of a problem on ‘Chess Game,’ which is arguably the record’s best track, where Lethal Dialect doesn’t just guest – he owns the song. It sounds like it was written for LD50, not Illosophical, and guest spots by Jambo, 4Real and Lethal Dialect on tracks like ‘See the Signs’ and ‘Rhyme Architecture’ are similarly overpowering.

In terms of pure talent, Illosophical is as good a line-up of rappers as has ever appeared on an Irish record. Costello’s flow is tight and precise, his lyrics clever and well-crafted, and numbers like ‘Realism’ and ‘See the Signs’ convey the realities of modern life in Dublin without sounding preachy or condescending, in part because the hooks are so consistently good. Singer Willa Lee is the most frequent collaborator, lending his rich, soulful baritone to four of those hooks, ‘Realism’ being the best of the four, though he’ll be remembered for the decent ‘The World is Mine’ remix.

On the other hand, another Lee number ‘Let Me Blaze It’ is probably the worst track on the album. It’s a trite protest against weed prohibition that doesn’t really work on any level, disrupting the flow of the album and falling flat with a tuneless, reggae-light chorus that fits neither Lee’s vocal style nor the playful, jazzy beat. Nevertheless, it contains one of the best rhymes on the album: “Politicians must be out of their minds… I think we should give them a fat spliff full of weed and pollen combined and see how they find it.” Costello is at his best when he’s rapping on daily life and social issues or, in the case of ‘Do the Best I Can’ and ‘Young Representatives,’ rapping about rapping itself with respect and an almost total lack of cliché.

Illosophical might not be the best or most original Irish hip hop album released this year, but over 15 tracks it’s a strong, catchy and remarkably consistent record that confirms its author as a major force in this country’s blooming rap scene.

Illosophical is out now on Workin Class Records. 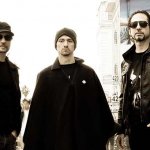 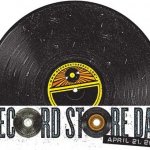