Dara Higgins checks out Bill Wells‘ Lemdondale, the product of a single day’s recording in Tokyo with 14 disparate musicians.

An odd mixture of jazz, lounge and chaos, Bill Wells’s Lemondale plays like the soundtrack to an odd, arthouse movie, where a scene would take precedence and the narrative doesn’t need to be carried by the music. It feels as if they played while watching a flick, and it’s almost evocative in that way. There are rough edges, as it was all recorded live in one day, and there’s a lot of room in the recordings, a kind of verity: clacking valves and breathing, which could keep the music human, where it not for the slightly inhuman aspect of it.

The first track sound s a little like Betty Blue cycling down a quiet, sun soaked country road, a silk scarf pirouetting in the breeze. She looks carefree and happy, be we know that underneath that smiling veneer throbs the mangled brain of a mental. That’s what some of this music sounds like. Other times it’s the cobbled back streets of some smoggy northern industrial kip, the Salvation Army band’s sad horns lamenting the closure of the local mental hospital, the streets now full of freeform, soloing, street corner mentals with accordions and tin ears. Invade the Pitch, is again despondent, like we are sitting on the pier, watching a punctured ship sinking as the sun rises, unable to help the poor fuckers waving at us.

Piano Rolls is just that, an arpeggio piano line repeated, the humming voices giving away to the horns yet again. It’s the scene in the film where the mental is sitting in the empty apartment, smoke rising from the ashtray, the lines of midday light cut across them through the slightly parted slats of the Venetian blinds. An insane city boils below the window. It becomes less meaningful as it progresses. Effective Demand is almost a pop song, a jaunty rag with a rumbling piano and catchy hook. Different Pans finishes the record; it’s barely a number at all, a kind of limbering up of all the players. It really adds nothing to the overall, a kind of pretend jazz, faux improv, acting class warm up routine.

Nothing on the whole album is longer than 3 and a half minutes, and credit must go to the performers for not over indulging the abstract. When it’s ensemble playing, the melodies can be strong, the playing is alive, but some of the tunes come across half finished, not quite songs, not quite jams, just one idea introduced to us, hanging around for a quick drink and leaving us wondering who was that mental and why wasn’t he wearing trousers? Overall, when there are snatches of great songs on this album, but we’re left feeling somewhat let down by them. More could have been developed, but by that token the brevity of the record works to its advantage, it’s never too taxing. A kind of ear friendly, pop-improv, where every time it gets a bit wiggy, it follows up with some sweet, gambolling horn line. Interesting.

Lemondale is out now on Double Six Records. 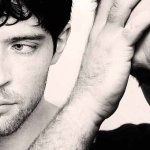 Previous
Junior Boys – The Recipe For Turning Into Eric Clapton 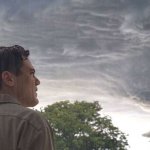