First impressions on listening to Andrew Judah’s Monster, is that I think I’ll be putting it on again. Which is a rarity when given various, hitherto unknown artists to listen and assess. Second impression is, in order give the man due credit, I’m going to have to figure out why that is. That’s the reviewer’s bane. It’s why nobody likes us.

There’s not much to be found about Judah online. Shock horror, no Wiki page, and the press release gives us little succour, referring, as it does, to Hitchcockian intrigue and referencing “early Randy Newman.” Good Old Boys this is not, by the way. In fact with the lack of any barrelhousing comedic invective, it’s hard to imagine where that inference comes from. All I can tell you therefore, is that Judah hails from British Columbia, has a couple of other records, and plays a mean banjo.

As for Hitchcock, well, there’s certainly a cinematic feel to the music here, and it’s clear there’s attempts at a narrative. Starting with the creepy uneasiness of the Intro, which leads into Morning Light, a song build around the aforementioned banjo. In The Sun, introduced with a choppy synth, veers into pop territory, the sort occupied by Grizzly Bear or their many offshoots, but without that credulity. When it raises itself into its chorus, and flips from light to dark, one feels as if there’s something half decent at work here. Judah has a timorous tone, but one he’s in control of. It flies like Thom Yorke’s might, but never loses its vulnerability.

I Know You Know is tantamount to a sing along hit. The martial drums propel it along, and when the bass chunks its way in in the second verse, we’re somewhere between late Radiohead and Mr. Mister. I’ll take them odds. Twitch and Shake sounds more like an ELO b-side, replete with some insistent guitar work over the staccato drum-piano figure, which pre-empts into a chorus that feels as if it’s falling down the stairs.

There’s a gooey, dark centre to the record, with so many corners turned that songs begin to meld into one. Better and Better brings us back to that Radiohead reference, stealing various elements of OK Computer and sticking them together in a cheeky way, a snippet from Airbag here, the motif of Karma Police there (Which they lifted from Elvis Costello, so it’s all fine) before wandering off into a mid period Genesis prog-flap. Again, this is all GRAND. The final track, Runaway, is a plucked, slow ditty, that ends abruptly, suggesting that there’s more to come, or that the denouement we were seeking will never be reached. It’s fitting that the album is cut off before the resolution, it fits with the overall intrigue.

It appears Andrew Judah is master of his domain here, with all instruments and voices, bar the drums, authored by himself. The drum work, by person or persons unknown to me (or press release) [“It’s one Paul Clark, actually” – Google] , is excellent, and Judah manages to vary his own playing throughout, avoiding the kind of sameness of attack and modulation that often happens with artists who insist on doing it all themselves. Although this tends to lead to a repeated overworking of a song’s coda, I get the impression this all part of the narrative that Judah’s weaving. What that narrative is, I can’t rightly say, but it doesn’t distract.

There’s enough layers and tangents, hidden threads amongst the songs to continually arrest the ear. If atmospheric, referential rock-pop is where you’re at, you could do much worse. 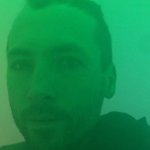