The most striking thing about seeing Voivod on the compact stage at The Village isn’t the full-on heavy metal shape-throwing from bass-slinger Blacky and new-ish guitarist Chewy, nor the mischievous grimace on the mug of singer Snake, not even the mild-mannered, humble Away behind the drumkit. It’s that they’re all smiling – and the smiles hardly vanish from their faces for the duration of the near 90-minute set. They’re happy to be here, playing a headline show in Dublin for the first time in their three-decade career, and their pleasure is truly infectious.

It helps, of course, that they’ve still got the chops, blasting out of the blocks with early track ‘Voivod‘ to state their case. When ‘Ripping Headaches‘ from Rrröööaaarrr comes hot on its heels, it’s pretty clear this isn’t a band with a complex about their back catalogue or their former glories. There’s a simple reason for that, as even their newer stuff rips hard. The tracks they air from 2009’s Infini, and especially their upcoming LP Target Earth, are classic Voivod, with all the positive qualities that entails. And Snake stalks the stage belting them out with pride; the crags on his face and the pot belly protruding through his T-shirt the only obvious signs of age.

The bulk of the set is cherry-picked from across their catalogue, with the biggest reaction for tracks off of Dimension Hatröss (‘Chaosmöngers‘ and ‘Psychic Vacuum‘) and Killing Technology (‘Forgotten in Space‘), though even ‘Forlorn‘ from the perhaps lesser regarded 1998 record Phobos doesn’t stick out awkwardly. Like many ’80s bands in the ’90s they had their period experimenting with sounds that weren’t quite right for them, and those missteps are conveniently ignored. Fair enough. What we get here is trademark Voivod, and it’s remarkable how timeless these songs are, as is how the four members work together as a unit, super-tight and completely in tune with each other. The sound they make is mighty, meatier than on the records. The waves pulsing from the speakers make my hair vibrate.

But it’s more than that. You’d imagine that losing original guitarist Denis ‘Piggy’ D’Amour to cancer in 2005 would take the fire out of the group, founded by four friends from the small Quebec logging town of Jonquière who ended up bending the rules of heavy rock music like a thrash metal Rush. Piggy’s playing – those dissonant chords – was key to their pioneering sound. But they kept on keeping on, crafting Infini from Piggy’s final recordings and revitalising the band as a going, living concern, even roping original bassist Blacky (who left in 1991) back into the fold. Moreover, fellow Québécois metal dude Daniel ‘Chewy’ Mongrain is a fitting stand-in for their departed friend, and he seems content to set his ego aside and channel Piggy’s spirit through his effects-laden shredding. This wouldn’t be Voivod without it.

Though they play out the evening with the Pink Floyd cover ‘Astronomy Domine’ as a heartfelt tribute to their fallen comrade, the whole night underlines that he’s still very much a part of the band. Close your eyes and you’d swear it was 1988 all over again. 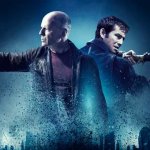 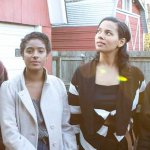