Sleep – The Button Factory, 23rd May

“For some reason I was expecting some bedraggled hipsters and angry twenty somethings with beards who didn’t really know why they were there, but it was wall to wall hair, and that hair was flailing around in a proper, albeit slower than usual, way.” – Dara Higgins on Sleep‘s Button Factory gig last week.

Here’s how it went down. When they started the sound of the guitar was boring into us, leaving us hewn. It was a solid thing, like a wall collapsing on the back of your head. Steam rose from in front of me. Bellies jiggled. This was going to be loud, and starting with Dopesmoker, it was going to be long.

They end that one halfway through. Perhaps they forgot to go on. It seems to be like that. A song starts, and stops suddenly. Minds are changed perhaps. Perhaps they’re just fried. While everything sort of sounds the same, isn’t that the point? You didn’t come to Sleep expecting energetic sport-metal. Otherwise you wouldn’t have gotten so stoned. I myself was not. I’d forgotten to restock the weed, see, after smoking it all. That’s the way these things go. While stoned, one is unlikely to be looking for the post-its, to write a little epistle to remind oneself to restock the shit, one is unlikely to have the requisite motorskills to put a reminder in the iPhone. One may just end up at the most prerequisitely stoned gig in a state of mind boggling sobriety. One might just riff on that for a while, to fill the word count. Yes, one might.

It was good to see a room so full of metallers. It’s been some many years since I went to a metal gig, and once upon a time it was all I went to. In fact it was a bit surprising to see them all. None have aged, it would seem, or indeed changed their clothes in twenty five years. The look is timeless, succinct. It gets the point across. For some reason I was expecting some bedraggled hipsters and angry twenty somethings with beards who didn’t really know why they were there, but it was wall to wall hair, and that hair was flailing around in a proper, albeit slower than usual, way. There was a morass of heaving, and fists being raised. It seemed to stretch on for a while, like a primordial swamp, or some ancient battlefield where graves are marked with silhouetted hands. As it went on I realised I didn’t need to be stoned. Perhaps it was the collective funk, or the few beers, but the music, in it’s circular way, draws you in. The repetition transcends boredom. Time and space become irrelevant, up until the some many weeks later you feel the soft insistence of a breast on your elbow. Are metal chicks still hot, I wonder, aimlessly, only to find some overweight cracker fan who’s probably got a tattoo of Elijah Wood across his many stomachs trying to roll me out of the way. There’s something in the soporific nature of the show that emboldens the outcast. They are among their own, equal in the fug. 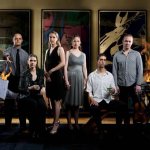 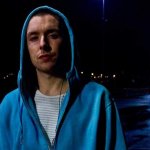 Next
Lethal Dialect – The Workman’s Club, Saturday 26th May