Lethal Dialect plays the Workman’s Club on Saturday 26th May and we’ve a couple of tickets for you to win.

At the forefront of a new wave of Irish hip-hop, Lethal Dialect released his second album in just 12 months in January 2012. With razor sharp lyrics and a compelling & confessional narrative LD has created an urban folk that has as much in common with Luke Kelly as it does with NWA and one that can stand shoulder to shoulder with any hip hop that this country has produced. He captures the hopelessness and the hope of Dublin’s working class suburbs with a clarity that belies his 23 years.
It’s been a hell of a year for Lethal Dialect since the release of his debut album LD50 at the beginning of 2011. The Cabra-born Blanchardstown MC has taken the country by storm as his unique storytelling abilities continue to stop listeners in their tracks. LD had a track featured on RTE’s award winning crime drama Love/hate and was recently awarded MTV Iggy’s ‘Artist Of The Week’.
LD50 Part 2 was released last month and was described by Harmless Noise as “the first great Irish hip-hop album of this generation” while Hot Press described LD as an “as an incredibly exciting young Irish urban voice” and urged us to “Put your preconceptions aside, and make sure you get your hands on this album.” The album is an incredibly focussed piece of work and LD’s brutally honest and dextrous wordplay is underpinned by the gritty, brooding production & raw beats of G.I. & Jonnyboy

To be in with a chance of winning just email [email protected] with LETHALDIALECTTICKETSPLEASE as the subject line by midday on Friday 25th. 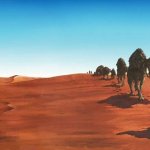 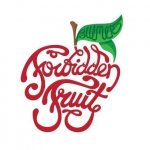