‘they somehow manage to evoke an air of intimate, quiet desperation, despite being in a big field‘ – Neill Dougan on Grizzly Bear‘s Iveagh Gardens gig last week. Having been lucky enough to catch Grizzly Bear at their first ever Irish performance in Whelan’s a few years back (one of this writer’s favourite gigs ever), seeing the band graduate to the considerable confines of Dublin’s Iveagh Gardens is a bittersweet experience. It’s akin to attending the wedding of a girl you used to go out with but who you always secretly suspected was far too good for you: You always knew that it would end, that she would move on to better things sooner or later, that she would make something of herself. You’d be pissed off, but you can’t hold it against her because she’s just far too lovely. You’re happy for her, even as you die inside, knowing you’ll never know love like that again. And while you’re here, you may as well enjoy the party. Might even score a bridesmaid.

The stage and audience may be larger, but not too much has changed in terms of the ‘Bear’s live set-up since that Whelan’s debut (aside from the addition of keyboardist Aaron Arntz, lurking surreptitiously at the back of the stage as he fleshes out the band’s sound). The Brooklynites are focussed and mostly fairly stationary as they deliver their complex, psychedelic pop. ‘Speak In Rounds’ and ‘Sleeping Ute’ form a superb opening salvo of a set that’s heavy on material from last year’s Shields, with a smattering from 2010’s Veckatimest and sadly little from Yellow House (which is to be expected, but y’know…you need something to grumble about). What soon becomes clear is that the band sound rawer and more immediate in a live setting than on their pristinely-produced albums, and if anything it sounds even better, more real: ‘Lullabye’ is cacophonous, Ed Droste issuing clangourous, ringing chords from an auto-harp, while Chris Taylor’s growling, distorted bass on ‘Cheerleader’ is ferocious. The noisy, raucous final 30 seconds of ‘Yet Again’ sounds similarly compelling.

Speaking of Taylor, he is clearly the band’s (not so) secret weapon. While attention might naturally fall on Droste and co-frontman Daniel Rossen (standing stage-right wringing searing leads and complex chords from a seemingly never-ending succession of guitars), Taylor crouches on the left, looping his basslines and then blowing some dusky clarinet on the aforementioned ‘Lullabye’. It’s a virtuoso performance. But he’s in good company – these are four fiercely talented individuals, as shown by the overlapping vocal harmonies on ‘A Simple Answer’ and the angular and daring ‘What’s Wrong’. On the likes of the remarkable ‘Ready, Able’ and ‘Two Weeks’ (which prompts a mass singalong), the band simply soar. On ‘Foreground’ and a beautiful rendition of ‘Shift’ – the only airing from embryonic debut Horn Of Plenty, featuring some truly desolate-sounding whistling (no, really) –  they somehow manage to evoke an air of intimate, quiet desperation, despite being in a big field.

The band finish with the magical prog-pop of ‘Sun In Your Eyes’, before an exquisite encore of ‘Knife’ and ‘On A Neck, On A Spit’ simultaneously reminds us of their brilliant early days and brings home how far they’ve come since. It’s a stunning end to a breathtaking performance and, on this evidence, the next time Grizzly Bear return to these shores they’ll be playing bigger venues again. But, listen guys: if it ever all goes tits up for whatever reason and you find yourself back playing Whelans again – we’ll be waiting. 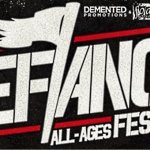 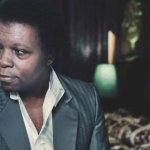 Next
Lee Fields & The Expressions – The Sugar Club, July 24th