We’ve a pair of tickets for the Lee Fields & The Expressions gig in The Sugar Club next Wednesday, courtesy of Choice Cuts.

There aren’t too many artists making soul music today who had a release in 1969, back when R&B was first beginning to give the drummer some. Lee Fields, however, is one such artist–or maybe he’s better labeled a phenomenon. Since the late sixties, the North Carolina native has amassed a prolific catalog of albums and has toured and played with such legends as Kool and the Gang, Sammy Gordon and the Hip-Huggers, O.V Wright, Darrell Banks, and Little Royal. With a career spanning 43 years, releases on twelve different record labels, and having toured the world over with his raucous-yet-tender voice, it’s mind-blowing that the music he’s making today with Brooklyn’s own Truth & Soul Records is the best of his career.
With a catalogue that ranges from James Brown-style funk to lo-fi blues to contemporary Southern soul to collaborations with French house DJ/producer Martin Solveig, Lee Fields has done it all. Today, with The Expressions–Truth & Soul’s house band, Lee Fields continues to evolve, enmeshed into the group’s sweeping, string-laden, cinematic soul sound. Their first full-length together, My World, released in June 2009 on Truth & Soul, was called “one smoking mother of an old-sound soul record” and a “throwback done right” by Pitchfork.

To enter just send an email to [email protected] with LEEFIELDSTICKETSPLEASE as the subject line by midnight on Monday, July 22nd.

More info on the gig at Choice Cuts’ friendster page. 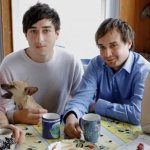 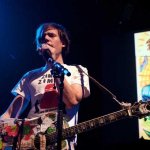 Next
Variations On The Proust Questionnaire #1: Jeffrey Lewis