UPDATE:
John (Osborne), who created the John Peel’s Shed show has just been in touch to let me know that, due to a serious family illness and situation, he will be unable to travel on Friday. He will be doing it for us at some point, but has to attend to this family situation, understandably.ÂÂ

It reminded us that life is very frail and you never know what is around the corner, so best to try and fill it with lovely experiences, where possible, so we are still going ahead with Friday.

Our next Young Hearts event will take place on Friday 25th October, 2013 in the lovely Ionad an Phiarsaigh – The Pearse Centre, 27 Pearse Street, Dublin 2, for John Peel Day, and for the Simon Community,ÂÂ and it will feature a wonderful theatre presentation called John Peel’s Shed, by John Osborne, which has won lots of deserved awards, The Guardian said “If you ever need to explain radio’s sustained popularity to someone, suggest they listen to John Peel’s Shed” – and John is coming over from England to do a special show for us at 8pm

Part one of the evening will feature a wonderful radio presentation by Julien Clancy – under the umbrella of Sounds Alive, and following that, courtesy of Element Pictures, will be a special screening of the new documentary The Irish Pub, to give Peel Day a distinctly Irish hue. The film’s director, Alex Fegan, will also be presenting the film, and doing a short Q&A afterwards. Tipples will be provided by Dungarvan and 8 Degrees breweries, and it will start at 8pm on the dot.

Doors will be at 7.30pm, as previously stated, and after the film we will repair upstairs into the main house to enjoy the second part of the evening, with brilliant musicians like; ANDERSON, Jetsetter, Pearse McGloughlin & Justin Grounds, Kevin Murphy & Aki Aro, and DJ’s such as Nialler9, Gavin Duffy, Peter Toomey, thatboytim (Bop Gun), Niall McCormack, Daragh O’Halloran, and more. We now have the lovely Dudley Corporation coming to play some Peel-inspired covers for John Peel Day.

and DJ sets by

Tickets are €20, and this is a very limited capacity event, so reservations should be made in advance by contacting [email protected].

You can find more info at http://youngheartsrunfree.ie 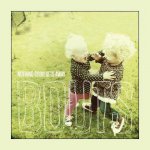 Previous
Bouts – Nothing Good Gets Away LP & Tour News 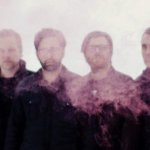