Windings return to Whelan’s on 11th April for their first Dublin headline gig in 12 months, alongside Hello Moon and Ginnels.

Windings have just returned from Montreal, where they have been recording their third album off the back of a successful fundit.ie campaign. The band recently released The Space I Occupy & The Hassle as a double A-Sided 7″ single –

Contained within that 7″ are two very different sides of the always eclectic windings, one part paranoid cowbell boppin’ rant, and the other, an existential lament complete with kids’ choir. Both songs show the band flexing their musical muscles in ways they have perhaps refrained from thus far.

The past year has seen windings tour, flux, and morph into some kind of well oiled 5 man music machine! After touring their second album “It’s Never Night” throughout last year, playing with the likes of Teenage Fanclub, The Cranberries, and Modest Mouse, and taking in such places as New York, Toronto and Mullingar, they released the poptatsic single “Embury Greenway” in the summer of 2011. Then they toured some more, and promptly hit the the studio to record what would become their next two singles. Both songs have become live favourites; “The Hassle” an infectious aggro pop number, heavy on the cowbell, with lashings of squalling guitars beamed in from somewhere in the mid-90’s; and “The Space I Occupy”, an equally infectious, but less rabid, slice of dreamy folk pop, featuring special guests in the form of Ms Geary’s 5th Class Singers. 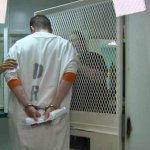