Anticon’s WHY? have announced a gig in Whelan’s on Monday May 6th.

Nipping at the ragged heels of their eagerly devoured Sod in the Seed EP, WHY? at last unleash their fifth long-player, a meticulous work of morbid fascination and offbeat romanticism dubbed Mumps, etc. Though there is a mysterious sickness (perhaps of the mind) that lurks about these thirteen songs, one might also imagine the title as describing the musically swole state of these three Midwestern men as they bring their sound into glisteningly buff focus. Yoni Wolf, brother Josiah and Doug McDiarmid are in the pocket, the unbreakable rock core at the center of a spinning ball of sonic kaleidoscopie. And all the things we love about them are still true: the grinning sun-warped choruses, that jangly Western lope, those confessionals cut with wry wit and crude details, set dancing down the odd knots of complex poetic daisy chains. It’s just that … well, all of it sounds better than ever this time around.

Tickets are on sale now from http://www.whelanslive.com & http://www.tickets.ie and are €18.50 (including booking fee). 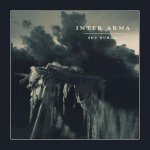