You can expect to hear songs from the debut VerseChorusVerse album which is due out sometime in 2013.

VerseChorusVerse
VerseChorusVerse is the alias of Tony Wright, previously of PepperBook, Zombie Safari Park and the founding member of [youtube url= https://www.youtube.com/watch?v=. VerseChorusVerse was born mid-2011 out of a deep rooted desire to sing as Tony found that the mere act of expelling air aurally coupled with hitting idiosyncratic, in tune, musical notes seemed to release endorphins in a free and totally natural way that helped him to smile. Having toured the world and achieved some success with his last band, ASIWYFA, the instrumental nature of that band coupled with their vast wall of sound led to Tony to explore just how to convey as much passion and intensity using only his voice and an acoustic guitar in a live setting.

Tony puts it another way: “I just wanted to get scared again, jumping off a cliff into the ocean is way more daring than jumping off a table. Unless that table happens to be on a cliff of course.”

SOAK
Young Derry singer/songwriter SOAK, aka Bridie Monds-Watson released her first EP, Trains in March 2012. Described as the “epitome of raw, untamed talent” , Trains received widespread critical acclaim. Soak’s second EP, Sea Creatures was launched at the beginning of August, and has already been making waves in the local and national music scene. SOAK filled the acoustic tent at Glasgowbury ’12 where “she captivated her audience with songs such as ‘Snow’ and ‘Numb’…highlights of a catalogue of finely crafted songs filled with a truth and understanding of how life works that belie her young age” , while the London Mirror has described her as “a hotly-tipped prospect, her style has already been compared to that of Lisa Hannigan, matching her voice in pureness…” .

Tickets are €8 and are available from www.tickets.ie. 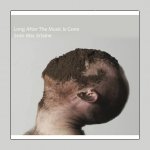 Previous
Sean MacErlaine – Long After The Music Is Gone 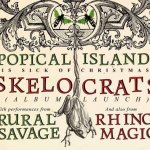