Toby Kaar
Hailing from Cork City, Toby Kaar has been gaining recognition all over Ireland for his mix of hip-hop, house and electronica. With remixes for Ten Past Seven and Nouveaunoise, along with an energetic live show that has seen him support both Nathan Fake and Ben Frost. Hot Press have branded him ‘Hot For 2011’ and they’re not wrong, Toby Kaar is set for big things this year
http://www.myspace.com/tobykaar
http://www.soundcloud.com/tobykaar

COHERX
Coherx aka (Caleb Sheehan) is a young electronic producer hailing from Cork, having studied sound engineering in Dublin for two years his experience has led him to produce varied productions from the vein of Hip hop techno, Dub-step and Ambient amongst others. His driving and spirited live shows are not to be missed with something for everybody’s taste. Currently working on an entirely new direction for his live sets Coherx will undoubtedly be one to watch in 2011. He is also running one of corks most successful electronic nights called “modulation” giving new local talent a platform to showcase their work. It’s upwards and onwards for this Corkonian!!!
www.soundcloud.com/coherx

Junior85
Junior85 otherwise known as Tony Higgins has been Galway’s drummer-around-town for a number of years now, playing with the likes of Laura Sheeran, Vince Mac Mahon, Meljoann, Seamus Fogarty, So Cow, Local Living Guy and Damo Suzuki. In February 2009 he set about creating a new EP every week, some of which has been featured on An Taobh Tuathail radio show on RnaG. He managed 5 EPs which were released on a number of netlabels around the world such as Bumpfoot, Section27 and Zimmer. A self-titled first album was released in July 2010 on Psychometric Records and a second album is in the works, which will no doubt utilize his wide ranging abilities making music with drum pads, synths and bare patchcord.
http://soundcloud.com/junior85

Whelanslive.com are delighted to present Toby Kaar, Upstairs @ Whelan’s on Saturday 5th March. Toby was one of the many highlights at the Whelan’s Ones to Watch back in January where his mix of big beats, hip-hop and electronica blew away everyone in attendance. Check out his Soundcloud page for some great examples of his amazingly crafted music. Tickets are available now at €10 (incl booking fee) from Wav Tickets [lo call 1890 200 078], www.tickets.ie & Ticketmaster.ie 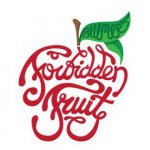 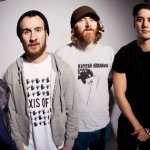 Next
And So I Watch You From Afar – Search:Party:Animal