The Certain Three 2011: The Ambience Affair, We Cut Corners, Windings

Cork’s Word Of Mouth have decided to make an annual event of The Certain Three tour, and this year it’s the turn of The Ambience Affair, We Cut Corners & Windings.

THE AMBIENCE AFFAIR
The Ambience Affair is currently comprised of a Vocalist/Guitarist Jamie Clarke, and drummer, Marc Gallagher; they have recently recruited a new live member, Yvonne Ryan (bass/vocals/keys). Jamie had been playing and writing alone up until two years ago when he met Marc in the music shop where they both work. Marc went to one of Jamie’s gigs and they then decided to form the band. The songs are generally comprised by layering looped guitars, keyboards and vocals combined with driving rhythms. They have supported Field Music, Villagers, Peter Broderick, Jape & Fight Like Apes among many others and released their second EP, ‘Patterns’, earlier this year. They are currently in the studio working on their debut album and hope to release it in the spring of next year. Their song ‘Parting Patterns’ was recently placed in an episode of CSI:NY.

WE CUT CORNERS
We Cut Corners are school teachers John Duignan and Conall O’ Breachain from Dublin. The two piece self-released an EP in 2008 and as a virtually unknown act won the JD Set in 2009. As one of the most buzzed about bands at the Irish industry showcase Hard Working Class Heroes last year, the band spent much of 2010 in the studio with Jimmy Eadie (Jape, Valerie Francis) recording their debut album for release next year. We Cut Corners finished off 2010 with performances alongside Frightened Rabbit, Fight Like Apes and at the State.ie midnight mass and are in full throttle to kick off 2011 with this extensive tour of Ireland.

WINDINGS
The Windings story began in 2005, when Steve released the self titled debut album on Out On A Limb Records, to a multitude of positive reviews from music media and fans alike and invitations to perform at many festivals including Electric Picnic. Three years later, long time collaborator and friend Liam Marley became a fully fledged member of the band, bringing his dynamic multi-instrumentalism and song-writing skills to the table. Liam’s influence was instantaneous and the Windings sound began to evolve. 2009 saw the arrival of a further three Winders – Aaron Mulhall taking on drum duties and Patrick O’ Brien and Mike Gavin on guitars/bass/keyboards/glockenspiels/kitchen sinks………….

Over the past few years, Windings have had the pleasure of playing with the likes of Daniel Johnston, Smog/Bill Callahan, Bob Mould, Okkervil River, Caribou, Iron And Wine, Villagers, Teenage Fanclub, and Modest Mouse, amongst others. The new album is now in the bag (produced by Tommy McLaughlin – Villagers/Cathy Davey, and Noel Hogan – The Cranberries) and was released in October 2010. The lead single has however been dubbed Brain Fluid and was released on Out On A Limb in April of this year. The songs on the new album explode around your ears like a thousand packages of fizzy sherbert dip at the back your throat, coaxing you with sweet lullabies, before thrashing you against the sound barrier, bringing you from pure cosy pop to dirty almost-metal in a delicious 10 track nosebag of sound. 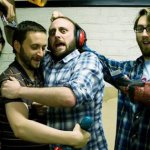 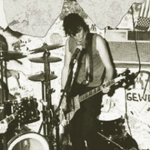 Next
TSOL – The Pint, 26th January