The Buzz Aldrin Allstars, comprised of members of Halfset, Strands, United Bible Studies & more, will perform a live soundtrack to live videogame playing this Thursday in The Workman’s Club.

Ever wondered what Super Mario would be like with a new soundtrack? Think Mega-Man needs better boss music? Then check this out.

This will be is an immersive show featuring live musicians accompanying real gamers playing some of the most the popular video games of all time. A collective formed from some of Dublin’s finest bands will perform along with folks getting up and playing some of their favourite games, LIVE!

This unique interactive event aims at creating an explosive sensory experience! Buzz Aldrin Allstars vs Super Mario Bros. bridges a gap for entertainment by exposing music lovers and gamers to a highly charged and unpredictable interface, while also creating a completely new and unique encounter for non-gamers. It’s the power & emotion of live music mixed with the thrilling interactivity of the video game. Its music synchronized to amazing cutting edge video screen visuals, along with special on-stage interactive segments with the audience. It creates an entirely new audiovisual event!

The Buzz Aldrin Allstars
The Buzz Aldrin Allstars are a collection of like-minded musicians looking to keep the kraut rock tradition alive. They feature members from some of Dublin’s finest bands – Si Schroeder / 3epkano / Halfset / Strands / United Bible Studies / My Cousin Dale. Their shows are improvised explorations, revolving around simple melodies, grooves, and loops. They hope some day to get quite good at it.

The Buzz Aldrin All Stars are: 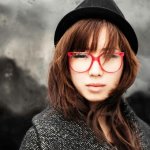 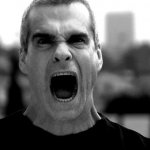