Cameron Stallones’ Sun Araw are back for a gig this Friday with Whirling Hall Of Knives, Reptile Brain & Niamh de Barra.

SUN ARAW
Sun Araw is the LA-based musician and visual artist Cameron Stallones (Magic Lantern, Pocahaunted), who has 4 albums to his name on Not Not Fun, as well as a bunch of 7”s and cassettes on labels like Woodsist and Stunned. He creates kaleidoscopic and genuinely psychedelic music – a kind of hallucinatory remembering of Afro-centric tradition from cavernous dub to deep fried soul and Afrobeat – and the way he somehow assimilates these influences into an epic and futuristic Ur-sound. His tracks are lo-fi for sure, with that Kosmiche reel-to-reel vibe, but with a sense of space that marks him out as a special producer. His tracks unfold layer by layer, with echoplexed/underwater conga loops, overloaded analogue bass, fried guitar, tropical blazes of Farsifa organ and fx-drenched vocal chants building to heavy, heady grooves that keep on rolling. The effect is narcotic in the best possible way. Mind psalm, get on it.

On Patrol is the new Sun Araw album, and the follow up to 2009’s Heavy Deeds (one of The Wire’s top records of 2009). It’s an album for heavy-steamin’ late nights in the city, inter-dimensional back alleys, ghost cabs, and midnight-sweat locker rooms, it creeps and tunes in on a much darker, sparser, and more classically minded channel than its predecessors: dark and deep steam-vent ruminations on Philip Cohran, lenticular objects, and fried Hot 92.3 R&B slow-jams. Moving on from the sweaty orchestration and funk of Heavy Deeds, and the sun-kissed pop smoke shuffles of Beach Head, On Patrol is a more zoned and patient 85 minute trip, with sparse drum machines, phasered organ gasoline, echo guitar sparkles, pagan flute trills, Stallones vocal exclamations (“Whaaaah Ohhh”), and oddball FX. Magic Lantern cornerstone William Giacchi drops by to jam on one track but it doesn’t much upset the overarching On Patrol thesis: Ride It Out. The sound of one man’s conga mind soaking in its own juices, refracted down a hall of mirrors, and allowed to ferment.

Guests on the night are:

Reptile Brain
Reptile Brain will be having his debut live performance at this show on Friday.
Reptile Brain is the solo project of Boys of Summer & Toymonger member (& Munitions Family boss). Reptile Brain summons the darker atmosphere of the latter through the warm vintage synths of the formers’ space sound.
reptile brain by munitionsfamily

Niamh de Barra
Niamh de Barra (formerly Scurvy Lass) is a classically trained pianist and vocalist from Dublin. Taking up cello in 2003 Niamh played in the improv group John Mary Trilogy for several years before going solo. It was following the dissolution of that band in 2008 that Niamh really came into her own as a songwriter, quickly learning the necessary recording and production techniques to arrive at a distinctive style: a combination of looped vocal lines, effected cello and sharp wit.
Niamh de Barra ‘Cusp’ EP by SSTN 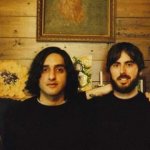 Previous
Explosions In The Sky, Vicar Street, May 16th 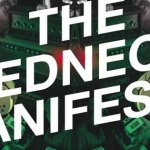 Next
The Redneck Manifesto – The Button Factory, December 1st