Tickets are on sale now for a November 13th St. Vincent gig at The Workman’s Club.

The third St. Vincent LP ‘Strange Mercy‘ is out on September 9th on 4AD.

St. Vincent – creative alias of Annie Clark – releases her third studio album, Strange Mercy, on 9th September through 4AD. Currently gracing the covers of both SPIN and Under The Radar magazines, Clark’s star is certainly on the rise and she has announced a full-band European tour in late Autumn in support of Strange Mercy.

This tour includes an intimate Irish show at The Workman’s Club, Dublin on November 13th.

Accompanying her on this trip will be her new band consisting of Toko Yasuda (Blonde Redhead, Enon) on mini moog, Matt Johnson (Jeff Buckley, Rufus Wainwright) on drums and Daniel Mintseris (Marianne Faithful) on keyboards.

Tickets are €15 + fees and are available from Ticketmaster. 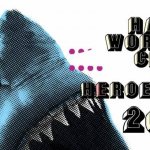 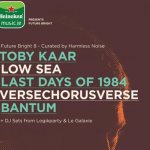