The Jimmy Cake play the next Social Rising at The Grand Social on 5th April, with Bloodyends & Lamont / Bailey / Wall.

Word on the street* is that recording of the new Jimmy Cake LP is finished and it’s now awaiting mixing, with a fundit campaign in the offing to pay some of the bills. Exciting times indeed.

THE JIMMY CAKE
At the forefront of Ireland’s instrumental-prog-post-space-rock scene for over a decade now, The Jimmy Cake started life in summer 2000, quickly garnering a reputation for their ferocious live performances before releasing their debut album, Brains (2001) to almost universal critical acclaim. The following year the Jimmy Cake played Witnness, before the release of their second album Dublin Gone Everybody Dead. More critical acclaim, album of the year awards and sold out shows followed. The Jimmy Cake continued to record, releasing the e.p. Superlady in 2003, headlined The Roundstone Arts Festival, Spraoi and filled the Rising tent at the ultimate Witnness festival. After a tour of Europe and more festival dates, the Jimmy Cake took a break to work on that difficult 4th record. In 2008 Spectre and Crown was released to yet more rave plaudits. The Jimmy Cake finished 2008 with a sell out show in Dublin’s Vicar St. After some personnel shake ups the Jimmy Cake changed direction yet again, exploring their darker, prog-gier side and investing in a stack of synths, and the fruits of which will be their 5th album, released this summer. A zombie-rock triptych, the three song record will clock in at over 70 minutes. This is the sound of the upcoming apocalypse, the sound of a thousand morbid feet, marching toward you in a shuffling unison, the sound of guttural moaning, and ancient urges. The sound of a hammer cracking a zombie skull. Are you prepared?

BLOODYENDS
Fresh from some frantic sweaty gigging in New York and the general undergroundiness that entails. Bloodyends bleary-eyed, half men/half women/half there, continue to crank out duel bass driven beats, one foot in the murky world of analogue, the other jerking with digital. There is a body of music to be laid out, (on the door Ma). A short, sharp pointless existence. Horses, horses, more damned horses…………. The bass has a pride of place amongst us, the only guitars that you will see here are of the bass sort, often two at once, this is where the sounds usually start. Nina plays bass, glamours recycled keyboards and skip paraphernalia. Gillian beats out beats with plenty of attitude. Paul cranks the lead bass to conjure up tunes, adds words and dubious dances. Mark sings, spins yarns and casts dark, beautiful shadows.

LAMONT / BAILEY / WALL
Lamont/Bailey/Wall have been a going concern since summer 2010. We made our debut at Monster Truck Gallery’s Xmas Xtravaganza and since then we have played a string of gigs in off-beat locations around the city. We are Ian Lamont (guitar, keyboards, singing), James Bailey (bass guitar), Patrick Wall (electronics, singing). We play electronic influenced pop music. Think Bizarre Love Triangle meets Paul Simon solo, all crisp, sweet and neurotic. Ian and Patrick met while studying music and media technologies and both also played in the Dublin incarnation of Glenn Branca’s guitar orchestra. Wall and Bailey go waaaay back. We do not offer legal representation.

Tickets are €5 from http://www.entertainment.ie/grandsocial. And what else would you be doing on a holy Thursday? 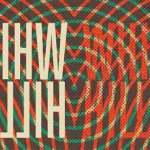 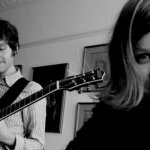