Claudio Simonetti of Goblin & his band will perform the scores from classic horror movies like Suspiria, Tenebre, Hallow’een and others in The Button Factory next week.

LIVE – for the first time ever in Ireland, Claudio Simonetti (Goblin) & band will perform the classics of horror movie scores by seminal Italian progressive rock band Goblin, Simonetti himself and possibly one or two curve-balls ! Horror rock maestro Claudio Simonetti will fulfill fans’ dreams and nightmares as the band perform the notably eerie soundtracks from Suspriria, Tenebre, Dawn of the Dead, Creepers, Demons and more! This epic show will also feature an intense A/V screening element featuring the electric scenes from some of these revered classics of horror and giallo.

Claudio Simonetti, composer, producer, and keyboard player, was born in Sao Paulo in Brazil. He studied piano and composition in the Santa Cecilia Conservatory in Rome. Claudio started his recording career with Goblin; he wrote and recorded the soundtrack of the film Profondo Rosso (AKA Deep Red) directed by Dario Argento, which sold 3 millions copies in 1975. With Goblin he also wrote and recorded the soundtracks for: Suspiria (directed by Dario Argento) and Dawn of the Dead (directed by George C. Romero), a great box-office success in the USA.

After two more albums, the group split up in 1978. Claudio started his solo career and began to work as a successful producer. In 1982 he wrote the soundtrack for Dario Argento’s film Tenebre. The successful collaboration with the director continued in 1984 with the soundtrack Phenomena (AKA Creepers), in 1985 with Demons and in 1988 with Opera establishing Claudio as one of the leading soundtrack musicians of our era.

Not only all this, but Claudio Simonetti was also one of the heavyweights of the Italo Disco era d’oro with his groups Easy Going, Kasso, Crazy Gang & Capricorn. An inspiration to us all!

After years of live concerts with his group, Claudio Simonetti recorded the album, Simonetti Horror Project, in 1991. In the first few weeks after its release the album sold more than 120,000 copies and it was at the top of all the Italian charts. It is an album of Rock-Horror music and includes all the most famous songs written for Argento’s films presented in totally new versions.

We are mondo mondo excited to have Claudio Simonetti and band come to play The Button Factory for this very especiale occasione!

Tickets priced at €24.50 incl fees are available now from http://www.tickets.ie. 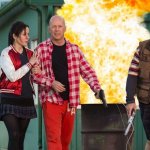 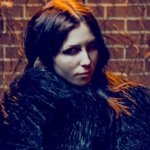