The lineup for the Road Records Farewell Party on Friday September 10th has been announced, with The Redneck Manifesto, Female Hercules, Legion of Two, Patrick Kelleher & Cian Nugent all on board to see them off.

So a bit of good news for you from Road Records for a change. It’s been a month now since we closed down the store, we are beginning to get used to life without the shop, still missing it like crazy to be honest but unfortunately neither of us can turn back time.

Before I let you read on I really must thank all the people at U:mack for their amazing efforts in putting this show together for us, trust me they have done literally everything on our behalf. It should be a real blast, Julie and myself will even consider spinning a few old gems on the night at some point – Dave.

On Friday, September 10th, U:mack are throwing a farewell party for Road Records. The Dublin record shop, which closed down last month, was an integral part of the Dublin underground music scene, and this night is an opportunity for bands, customers and the shops staff to come together for a massive goodbye party. It’s sad the shop has closed, but this party is going to be a lot of fun. Please come and help us send the guys off in style. The line up is awesome, and the party will run for 8pm until late. Thanks to Tickets.ie who will not be taking a booking fee for this event. 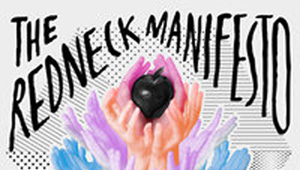 THE REDNECK MANIFESTO
Top of the shop’s staff wish list for this event, we’re delighted to have Ireland’s finest, The Rednecks headline the party. Their latest album ”Friendship”, released in March this year is by far the bands finest release to date. The band play the Electric Picnic the weekend before (Sept 3-Sept 5).

FEMALE HERCULES
Nineties Garage rock sensation Female Hercules make a very, very special one off reformation for this event. Always a serious party band, it’s a pleasure to have them on board. They’ll be joined on keyboards by John Hegarty, and on screeching lead guitar by rock n’ roll wild man, Moutpiece’s Gaz Le Rock. 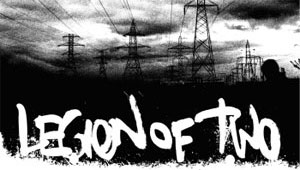 LEGION OF TWO
Legion of Two is the latest project from Alan O’Boyle of Decal, where he is joined by veteran Dublin drummer David Lacey. Although Alan’s work in Decal has always been notably eclectic, Legion of Two is far heavier than any of his previous work. Menacing loops ride huge waves of feedback, sounding like Black Flag riffs if Greg Ginn had been kicked out of the band and replaced by John Carpenter. Huge bass pulsates in precession with David Lacey’s incredible pounding drumming locking into a room shaking Jesus Lizard style pounding groove.

PATRICK KELLEHER AND HIS COLD DEAD HANDS
Another staff favorite in Road, Patrick Kelleher’s music varies from brooding, tense electronica to jaunty acoustica to 8-bit dance-floor ditties to evocative, experimental pop but always with a twist of something ethereal or idiosyncratic.

CIAN NUGENT
21 year old virtuoso guitarist Cian Nugent is the most exciting new act to appear on the Irish music scene in recent years. Combining modern classical with Appalachian string band music, his music boasts an orchestrated and fully instrumented sound that is playful and eerie at the same time.