Mumblin’ Deaf Ro sends word of his next gig with Keth Moss & Mossy Nolan this week in Anseo, plus his plans for his next album.

On This week’s gig:

You might recall that I once said it was my intention to audition all the songwriters in the World with a view to finding the best two with the word ‘Moss’ in their names. Well, the long search is over and to mark the occasion (still think that word needs a second ‘s’) I am playing a show in Anseo on 28 March with Mossy Nolan and Keith Moss – it’s a fiver in, but if you only have €4.99, you can come anyway and work off the balance.

The gig is the day before Good Friday, which is typically one of the booziest days of the year – it also means that there’s no school the next day, so you can throw your school books onto the fire.

By the way, thanks for all the messages of goodwill for the Choice awards – I had a really special night. I have decided to do the honourable and donate Delorentos to charity – it’s the least I could do.

Incidentally (which is another way of saying ‘by the way’) here is a blog post about the Choice and my plans for the next album:

If I don’t see you beforehand, have a great Spy Wednesday.

From the Dictionary Crimes blog, on the plans for his next album:

I have never really written about male/female relationships to any great extent.  It’s a topic that has become frozen in cliché and which, from a writer’s point of view, has become strangely unromantic.  However, I can promise that I am not going to write about my own marriage or do a “Dictionary Crimes Vol II” where everyone gets married and dies in the end.

And on his Choice Music Prize experience:

I was delighted that Delorentos won.  Kieran is a close friend of mine and it was great for our friendship that we were able to experience this special chapter in our respective music careers together.  It must be difficult for him to cope with his jealousy of my talent and I hope the Choice Prize eases his suffering somewhat. 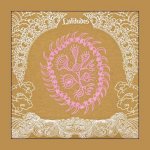 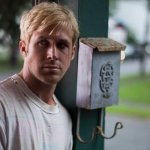 Next
The Place Beyond The Pines