Her last Irish performance, in Odessa two years ago, sold out. Also playing on Saturday is David Donohoe with “a performance of solo extemporisation” on a Petrov piano with synth & electronics.

Julia Kent
Julia Kent is a Canadian-born, New York City-based cellist and composer. She has written music for film, theatre, and dance, has released four records of looped cello and electronics, and has toured as a solo artist throughout North America and Europe, including appearances at Primavera Sound in Barcelona, the Meltdown festival in London, the Reeperbahn festival in Hamburg, and the Unsound festival in New York City. Her most recent solo record, Asperities, was released by the Leaf label in October 2015.

After years spent performing and recording with other artists and groups, most notably Antony & The Johnsons (with whom she continues to work), Rasputina, Stars Of The Lid and Michael Gira’s Angels Of Light, New York City-based Julia Kent found her own voice with her solo debut, Delay, an exploration of the private emotional worlds that exist within the disjunctions and disorientations of travel, hailed for its “lovely, melancholy” compositions, full of “aching romanticism…rich melodicism, and detailed arrangements.”

Her music uses looped and layered cello, electronics, and field recordings to explore the intersections between the human world and the natural world, the melding of the technological and the organic, the patterns and repetitions that exist in nature and are mirrored in human creations, and the complexity and fragility of our relationships with one another and with the world that surrounds us.

“Incorporated sounds are important,” Kent said in a statement. “They contrast and complement the cello, my primary instrument, and also evoke the concept of a voice without being, literally, a voice. So I used a lot of found and processed sounds to try to achieve that: from matches being struck, to wineglasses, to the sound of pen on paper, to an ancient autoharp that, over time, ended up being detuned in a way that created an amazing sonority.”

Julia was music composer for the Canadian documentary film The Boxing Girls of Kabul and the short film Birthplace.Her song “Dorval” was used in the 2008 film Trinidad. She has toured throughout Europe and North America, including appearances at Primavera Sound in Barcelona, the Donau festival in Austria, Meltdown in London, and the Unsound festival in New York City.

David Donohoe
With releases on Mille Plateaux, Force-Inc, Fällt, and a string of critically acclaimed 12s and two albums on Dublin’s ground-breaking D1 label, David’s focus in recent years has been on solo extemporisation, live performance soundtracks, and several collaborative improvisation projects including String Machine (with Donal Lunny and Stefan Mathieu) and Rainfear.

Tickets are €15 and are available now from eventbrite.com 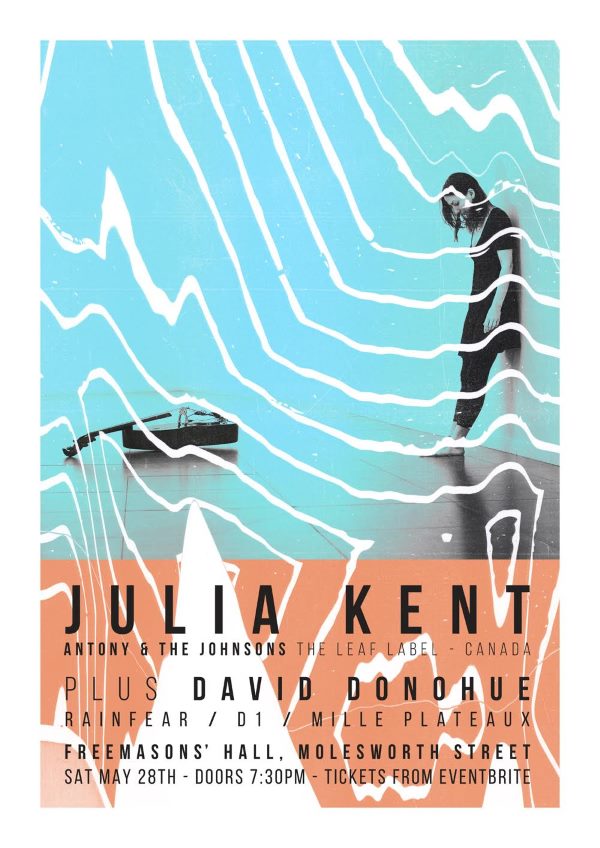