John Grant has announced an Irish tour for March, with stops in Dublin, Belfast, Galway and Cork

And a new video chronicling the fight for gay rights has just been released for Glacier too.

It has been yet another incredible few weeks for John Grant. Pale Green Ghosts figured highly in the Top 10 of most Best of 2013 lists, including the Guardian, Q, Uncut, Mojo and the Sunday Times, as well as being Rough Trade’s album of the year. Last week saw him nominated for International Male Solo Artist at the Brit Awards and his London Roundhouse show in March has long-since sold out. And in yet another plot twist, an extraordinary video has just appeared for ‘Glacier’, the powerful closing track from Pale Green Ghosts. Using footage derived from youtube clips and images online, the video is a visual pastiche of the history of the Gay Rights struggle, emotionally edited to ‘Glacier’ 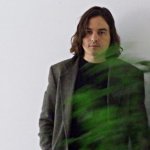 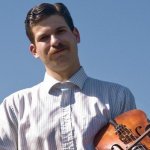