Since winning the coveted Choice Music Prize in 2008 for the critically acclaimed ‘Ritual’, Jape has toured extensively and has been quietly producing an array of new material, songs that have been carefully crafted to become the best of Jape’s career.

Of the new material Richard Egan muses “I had thought that the follow up to Ritual was finished about three times so far, but I kept getting drawn back to writing more and more songs, trying to push my songwriting as hard as I could and see how many different styles and moods I could try out, to feel out the album. Eventually, I realised that you could just keep on doing that forever so I decided it was time to start letting these songs go for a walk around the place. “

music/is/for/losers is proud to release the new Jape album Ocean of Frequency, September 30th in Ireland and October 17th in the UK.

Jape began making music in 2003. Originally started as the solo project of Richard Egan (The Redneck Manifesto, VisionAir), the band has evolved over the years into one of the most exciting live acts in the country, not to mention releasing 3 critically acclaimed albums to date – Cosmosphere, The Monkeys In The Zoo Have More Fun Than Me, and Ritual. Using an innovative mix of live instruments and hardware samplers and sequencers, the sound that Jape creates spans a range of genres and encompasses many different styles. From gothic to pop, Jape continue to surprise the listener with their eclectic blend of meticulously crafted lyrics and upbeat electronic rhythms. 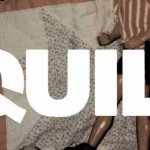