All things independent and DIY will be celebrated at Independents Day on 7th December.

All things independent and DIY will be celebrated at Independents Day on 7th December in the Dublin Food Co-op.

Independent’s Day is a day long fair celebrating do-it yourself zines and independently released records by some of Ireland’s independent labels, as well as info stalls from different social movement groups.  Zines are non-commercial, non-professional, small-circulation magazines which their creators produce, publish and distribute by themselves. There is a long history of zine production in Ireland, beginning in 1977 with Raw Power produced by members of seminal Irish punk band The Radiators From Space.

Today, even with the popularity of blogs and the internet, there is still a good number of Irish produced zines, their creators sticking with the print-format. These include Loserdom , The RAG, Night of The Locust, The Devil On 45 and many others. All will be available on the day along with zines and radical books from Britain and the USA. Why not create your zine for the day and bring it along!

Along with stalls there will also be workshops focusing on self-publishing and community media a film screening by young Irish film maker Dylan Haskins of his documentary about Do-It-Yourself culture: Roll Up Your Sleeves: The DIY Counterculture.

Refreshments on the day will be provided by the Amnesty Freedom Café.

Many Irish independent record labels will have stalls on the day, including The Richter Collective, Rimbaud Records & Stitchy Press. Info stalls will also be provided by Animal Rights groups, Seomra Spraoi and the Forgotten Zine library, with more to be confirmed.

Workshops (times tbc):
History of Zines  (Willie)
Willie presents a history of zines. Willie for many years produced his own zine Non-Plastique (an early influence on Loserdom zine!). He also ran his own zine distro Ultra Red Star, before setting up with wife Natalia Red Ink radical books and zine shop (between 2004-2006), they now run their own publishing/record label Stitchy Press. He’s one of the few Irish zinesters who can claim to have taken part in a zine speaking tour of the USA with a van-load of other zinesters. He also plays/played in numerous Irish Do-It-Yourself punk bands Bambi, Boneyard Witch and Oak.

Feminism and D.I.Y. Publishing (The RAG)
The RAG (Radical Anarcha-feminist Group) is a Dublin-based collective who publish their own zine dealing with womens issues and discussions of feminism in the modern context. Here members of the collective discuss notable feminist press, experiences of publishing The Rag, why print-form rather other media/projects and more.
Their third issue is due out the week before Independent’s Day so look forward to getting a copy as well as attending this talk!

Community Television as Autonomous Media: Hacking the Cable or Co-opting Video Activism (Dublin Community Television)
DCTV is a non-profit co-operative that operates a 24 hour a day, 7 day a week ad-free television station broadcasting to more than ¼ million Irish households. This workshop will look at the first year of DCTV, the structures that have evolved and strategies used to create an ‘autonomous media space’ and the key issues the station faces: technical barriers to production, professionalism vs. volunteerism, localism and informal hierarchies amongst others. While some of those who work with DCTV will identify with a zine / activist culture , is this relevant in an organisation with paid staff and a budget of 100s of thousands of euro. Presented by DCTV members.

Roll Up Your Sleeves: The DIY Counterculture
A documentary about D.I.Y. music and culture by local film-maker Dylan Haskins. 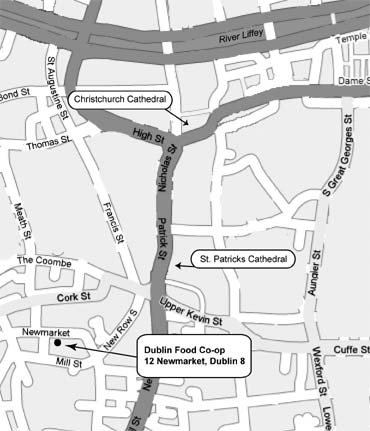