How To Dress Well – The Twisted Pepper, November 2nd

Tickets are on sale now for Tom Krell / How To Dress Well who play The Twisted Pepper on November 2nd. His new album Total Loss is out next month, but you can hear his cover of Janet Jackson’s Again now.

Ahead of the release of new album Total Loss, Tom Krell, AKA How To Dress Well, has announced a return to Europe in the Autumn. The sixteen date tour begins on October 18th and includes a date at Dublin’s Twisted Pepper on November 2nd.

To celebrate the upcoming tour, Krell is also sharing a new cover of Janet Jackson’s iconic “Again”, to be released on a 7″ that will be available as part of a deluxe Total Loss package available .Other tracks on the 7” include an a cappella version of album highlight “Set it Right” and a cover of Robbie Basho’s “Blue Crystal Fire”.

Total Loss is due for release by Weird World on September 14th 2012.

Tickets are on sale now from tickets.ie. 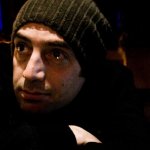