Following a wonderful night on June 25th at the Marquee in Cork with Grizzly Bear, Midlake, Camera Obscura and Villagers, Harmonic is back with a programme of live music events in Dublin City in October and November.  Harmonic Series will take place in Vicar Street, Whelan’s, The Village and the Workman’s Club. The first batch of concerts go on sale this Wednesday with several more announcements to follow.

Oct 21st – Peter Broderick / Tsukimono – The Workman’s Club
Tickets available from Ticketmaster and other usual outlets nationwide.
October 21st sees the return of PETER BRODERICK, a Portland, Oregan songwriter who is also a member of the Danish-based indie-ensemble Efterklang. Support will be from Sweden’s minimalist composer Tsukimono. 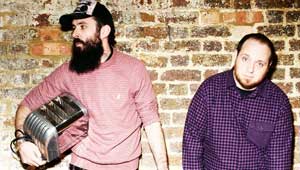 Nov 6th – Casiotone for the Painfully Alone / Crayonsmith – The Workman’s Club
Tickets available from Ticketmaster  & www.tickets.ie
The following night sees the last ever Dublin performance of Owen Ashworth’s brilliant downbeat pop vehicle CASIOTONE FOR THE PAINFULLY ALONE. Ashworth is an original voice in modern music and we hope he continues to make music after the puts the much-loved CFTPA to bed. He will be joined on the night by his Dublin buddy Crayonsmith. 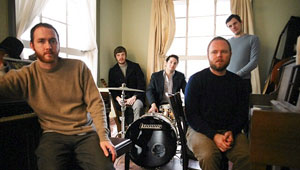 Nov 7th – Midlake/ Jason Lytle/ John Grant – Vicar Street
Tickets available from Ticketmaster and other usual outlets nationwide.
Having raised the roof in Cork in June MIDLAKE return to headline Vicar Street on November 7th with two of their Bella Union label-mates in support – Jason Lytle of legendary Californian indie-rockers Grandaddy and John Grant from Denver (formerly of The Czars) who just last weekend mesmerized Whelan’s with songs from his brilliant debut solo album The Queen of Denmark. 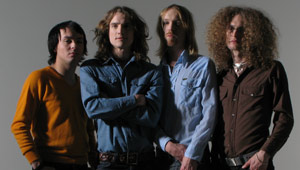 Nov 22nd – Beach House – Vicar Street
Tickets available from Ticketmaster and other usual outlets nationwide.
Vicar Street will also host the return of BEACH HOUSE on November 22nd, which is good news for hundreds of fans who were turned away from their sold out Whelan’s performance in February this year. The divine ethereal romance of their third album Teen Dream continues to linger as some of the very best music released in 2010. Details of a special guest to be announced for this show shortly.