GLIMMERMEN are a trio based in Dublin who formed in 2010. They spent last summer writing songs and have played gigs in Róisín Dubh, Ballroom of Romance, The Grand Social, The Joinery and Whelans.

J. Bassetti (double bass and vocals) played with Jackbeast an inspirational Post-Punk band from Dublin circa 1990s and controversial Electro outfit ‘Burning Love Jumpsuit’ who specialised in a subtle form of disco-infused media terrorism. They also featured on John Peels ‘Festive 50’ in 2002.

Phil Murray (drums and vocals) played drums with The Holy Ghost Fathers between 2001-2007 their self-released ‘Cock of the Walk’ album received critical acclaim. Phil moved to Melbourne, Australia where he played drums with Gluefoot and The Blue Poles. 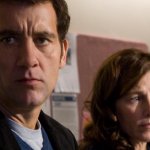 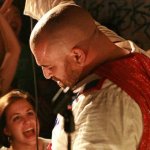