GLIMMERMEN is a trio from Dublin who formed in 2010, it features former members of Boxes, Holy Ghost Fathers and Jackbeast. Glimmermen sing & play Urban Post-Rock Blues.

THE DINAH BRAND is a band from Dublin, it features former members of Pet Lamb, The Stars Of Heaven, Three Ring Psychosis and Jackbeast. The Dinah Brand have released two alt country albums ‘Pale Monkey Blues’ & ‘I Can Walk Through’ both to critical acclaim.

BILL BLOOD is a song and dance man who was born with eyes, ears, lungs and mouth. He can see and hear, he breathes in and out. Bill Blood killed a man. Bill is a member of The Redneck Manifesto & VvisionairR and is a former member of Jackbeast.

So can we all see what the common denominator is here? Jackbeast reunion, anyone? 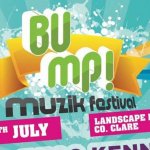 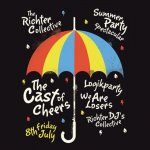 Next
Richter Collective Summer Party – The Cast Of Cheers, Logikparty, We Are Losers