Girl Band have announced UK & Ireland tour dates, including a stop at Vicar Street for their biggest Dublin show yet

2015 has been a momentous year for Girl Band. At the year’s start their potent mix of groove and shattered guitar noise was the subject of excited whispers coming from those plugged into the Irish underground. By September they had released their debut album Holding Hands With Jamie on Rough Trade to great acclaim.

One look at the new video for “Baloo” from their Rough Trade session and it is easy to see why the band has been the subject of such adoration. The quartet harnesses existential anxiety and wields it like a weapon, crafting a captivating cacophony. The band will be returning to live action in early 2016, including their biggest hometown show to date on April 1st at Vicar Street. 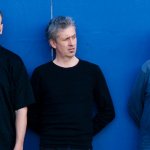 Previous
The Necks – STRUT at the Peacock, 21st November 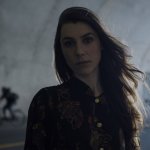