The Heineken Green Spheres universe continues to expand with the addition of Delorentos, Jape and Alex Metric to the August Bank Holiday line-up in Kilkenny making it a full weekender. Culminating with the infamous 2manydjs playing a headline set at Langtons on the Sunday night, the weekender also takes in a Dj set by Alex Metric on Fri 30th July at Matt the Millers, a Friday night show with Delorentos in The Left Bank and a Saturday night show from Jape in Kytlers.

Delorentos are a Dublin four piece whose success comes despite or perhaps because of early troubles within the band.  Having scored early chart-topping success, the band suffered the collapse of their distribution company, hit a creative wall, and saw singer Ró walk out. The remaining members – school friends who bonded in spite of the disparity of their taste in music – decided to plough on, until Ró suddenly returned, after a period of reconsideration and reflection. Since then the band have soared high with an album entering at number two in the charts and numerous support slots in the UK including Arctic Monkeys and Supergrass. 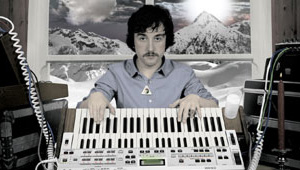 Jape (aka Dubliner Richie Egan) plays Heineken Green Spheres fresh from recording his forth studio album. After enjoying massive critical acclaim with 2008’s Ritual which scooped the annual Choice Prize for album of the year he was cemented into the list of greatest Irish singer/song writers. It came four years after its predecessor The Monkeys in the Zoo Have More Fun Than Me which contained single ‘Floating’ the track that saw Egan reach international fame, covered by The Raconteurs, remixed by Prins Thomas and played by 2manyDjs.

British wunderkind Alex Metric has seen his career explode in the last few years. Since the release of his debut EP ‘What She Wants’, Metric has gone on to become one of the biggest remixers and DJs on the tour circuit being crowned ‘remixer of the year’ by XFM and playing a host of festivals and clubs around the world.  His ‘In Your Machine’ EP which featured his own vocals enjoyed critical success and led to a flurry of remix requests from big name indie acts such as Gorillaz, Bloc Party, Phoenix and La Roux.  Renowned for his genre-hopping DJ sets, he visits Kilkenny enjoying an even bigger Irish profile after outstanding Oxegen and Glastonbury performances.

2manydjs are Belgian brothers Steven and David Dewaele who exploded onto the music scene in 2002 with their ubiquitous album As Heard on Radio Soulwax pt 2. The album was a hit, with its fun, clever and energetic bootlegs and mashups endearing it to everyone from rockers to ravers. So much so that at one point it was seemingly impossible to walk into a city retailer without hearing Dolly Parton alongside 10CC and Basement Jaxx. Since then they have toured the world extensively and remixed everyone from MGMT to Kylie.
This Kilkenny weekender is another small step for Heineken Green Spheres but a giant leap for music lovers who are sure to travel from near and far for the out of this world gig. Having recently played host to Mumford and Sons, Goldfrapp, La Roux, Ellie Goulding and Hot Chip in the Heineken Green Spheres stage at Oxegen, the addition of 2manydjs, Delorentos, Jape and Alex Metric is another star to add to the series’ solar system of stellar acts.

Heineken Green Spheres gigs are always free. Music fans can register their interest for 2manydjs tickets on www.heinekenmusic.ie.  Admission to Delorentos, Jape and Alex Metric will be free on a first come, first served basis on the door. All gigs are over 18’s. For more information visit the Heineken Music website.