If you’re looking for some recommendations, try to catch:

Lisa O’Neill started writing songs and music at an early age in her native Cavan. Early on she was welcomed into the folk and traditional scene in pubs and venues around the city where her singular voice, witty lyrics and observations on modern Irish life gained her popularity and set her apart as a unique talent.  Anyone who has already seen her play at Body & Soul or the Electric Picnic or an impromptu sessúin somewhere or other will testify that Lisa’s live performance are beguiling affairs full of banter and old-style folk intimacy.

And So I Watch You From Afar

And So I Watch You From Afar are an instrumental rock band from Belfast. While their music is frequently described as post-rock, the foursome has more in common with contemporary math rock acts like Adebisi Shank and Maybeshewill. Their music blends the ferocity and passion of classic ’80s hardcore with the stage savvy and theatrical flair of arena metal for a fusion that is as invigorating as it is difficult to describe.

A mix of surf-pop harmonies, old school rock ‘n’ roll rhythms and guitar jangles, Squarehead draw inspiration from the melodies of The Beach Boys and Portland’s The Wipers. The album, results in a modern take on classic pop where lyrics about girls and good-time sentiments combine with singalong hooks to produce something fresh and exuberant away from classic pop pastiche.

and – of course – Public Enemy

American hip hop icons fronted by Chuck D, Flavor Flav and DJ Lord will be performing their politically-charged back catalogue. The band were recently announced as inductees for the 2013 class of the Rock and Roll Hall of Fame making them the fourth hip-hop act to be inducted. Widely regarded as one of the world’s most influential acts of the last 30 years, their live show cuts no corners and remains a hugely moving experience.

Ticket prices are a more than reasonable €59.50 for one day and €110.00 for two days and they’re available from all the usual outlets. 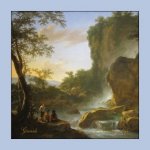 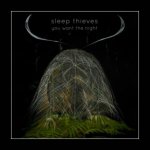 Next
Sleep Thieves – You Want The Night