An all-ages fundraiser for Exchange Dublin takes place in The Project Arts Centre on 21st December with performances from Cloud Castle Lake, Patrick Kelleher, The Danger Is & Niamh de Barra.

Cloud Castle Lake
Cloud Castle Lake are a young four piece collective based in Dublin.Taking their influences from a wide and eclectic variety of sources and churning them together, Cloud Castle Lake move from massive, post-rock epics to raucous, krautrock freak-outs to intimate, lonely lullabies with ease. Using samples, drums and bass to create intricate, propulsive beats one minute to all jazzy, tripped-out atmospherics the next and with guitars that seem to build to impossible heights and delicate high end vocals that shimmer on top, Cloud Castle Lake are not afraid to go balls-out with their music
http://breakingtunes.com/cloudcastlelake

Patrick Kelleher
Patrick Kelleher is a 26 year-old musician based in Dublin, Ireland, although he spent much of his childhood in the English town of Rugby. His music varies from brooding, tense electronica to jaunty acoustica to 8-bit dance-floor ditties to evocative, experimental pop but always with a twist of something ethereal or idiosyncratic. Relatively simple vocal melodies come swathed in distant hums and cracks. His songs are often premised on a mixture of live instrumentation, drum machines, cheapo voice-sampling Yamaha keyboards and vocals that are, at times, heavily distorted.

Kelleher has been championed by BBC Radio 6’s Stuart Maconie and Phantom FM’s Pearl and has supported Chequerboard, David Kitt and Ariel Pink’s Haunted Graffitti to name a few. He will be playing at this years Castle Palooza festival. His backing-band is called His Cold Dead Hands.

On his debut album You Look Cold his songs demonstrate a restless imagination that flits between diverse reference points. There are the emotionally charged pieces such as Coat to Wear and Wintertime’s Doll, the strangely euphoric whoops and hand claps of Finds You, the relentless psychedelic electro of He Has to Sleep Sometime and the woozy dreamlike hiss of Wonder’
http://www.myspace.com/patrickkelleher

The Danger Is
“The Danger Is” is the working title adopted by Irish musician Niamh Farrell for her musical endeavours. Niamh has been writing music for years and after a two year period of experimentation and self doubt , has recorded a 4 track EP. Her music is lyrically confessionally laced with both humour and heartache with wonderful instrumental builds and intimate moments.
http://www.thedangeris.com/

Niamh de Barra
Niamh de Barra is a Dublin-based electronic musician. Originally a classical pianist, she graduated from NUI Maynooth in 2005 with a B.Mus in Piano Performance. She now works primarily with cello, voice and electronics. In a live setting, she uses sampling software to record and layer different textures, and to build a song from scratch.
From 2002 to 2008, she was a member of John Mary Trilogy, an experimental/noise improv band. Over the years, the band performed in Dublin, Monaghan and Italy. An ongoing collaboration with musician and sound artist Ed Devane. In August 2008, she performed as part of Ed’s liveset in the Alphabet Set Tent at Mantua Fest. The results of that collaboration can be heard on the album, “Molten Membrane” by Ed Devane, released on Mantrap Records in March 2010. She has also worked with sculptor Lena O’ Connell for her installation “Kora in Hell”, and the ensemble Wax Hands, comprising dancer Deirdre Murphy and drummer Emily Aoibheann.
Solo performances (initially under the name of Scurvy Lass) began in June 2009.These included appearances at Rathlin Jigs & Rigs on Rathlin Island; A4 Sounds in Belfast; The !K Club, Second Square to None, The Ruby Sessions, DEAF 2009 and The Back Loft In Dublin.  An EP, “Cusp”, recorded in November 2009 was released in August 2010.
http://www.niamhdebarramusic.com/ 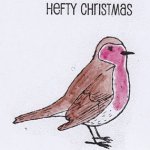 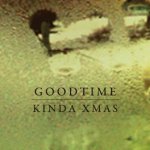