Tickets go on sale 9am Friday.

Long-time friends and musical collaborators Evan Dando and Juliana Hatfield will play Dublin’s Sugar Club together this November. Performing the entire set side by side, the duo will deliver acoustic versions of their expansive back catalogues, including The Lemonheads, Blake Babies, their own solo material and a selection of covers.

In 1986, a then 19 year old Juliana first introduced herself to Evan in a Boston pizza shop, having watched The Lemonheads perform the evening prior. According to an interview in Melody Maker, “Evan was in front of me in the line with his girlfriend. I introduced myself. I said, ‘I liked your show last night.’ Then I told him the name of my band, the Blake Babies, and he said his mom had come to see us. He came to see us after that.” Under the watchful eye of the media, the two went on to form a close friendship and musical bond that has lasted over 25 years.

Evan Dando formed The Lemonheads in 1986, and within a few short months they had released their debut EP which is now one of the most sought after recordings of the 80s. The band went on to release 10 studio albums including the 1992 classic masterpiece, It’s A Shame About Ray. Juliana played bass and provided backing vocals on the record, which included the singles ‘Confetti’, ‘My Drug Buddy’, ‘It’s A Shame About Ray’ and the bands most commercially successful song ‘Mrs. Robinson’.

The Blake Babies also formed in 1986, with Juliana Hatfield sharing vocals and songwriting responsibilities with bandmate John Strohm. The band were adored by US college radio stations, and resulted in yet another collaboration between Hatfield and Dando, with Evan filling in on bass for a short while. When the trio disbanded in 1990, Juliana turned her attention to her own material. She has since released 12 solo records, including the much loved 1993 album Become What You Are, which stemmed the singles ‘Spin The Bottle’ and MTV favourite ‘My Sister’. 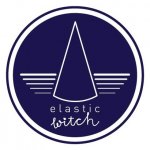 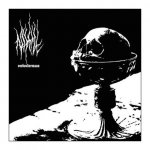