Errors, whose third album ‘Have Some Faith In Magic‘ is out on Rock Action Records this week, play The Grand Social with Thread Pulls and Remember, Remember on 18th February.

After a brief but hugely-influential time away Errors return with ‘Have Some Faith In Magic,’ on Rock Action Records; their third album, it counts as far and away their greatest shift in sound yet, heralding in a sound of serenely cosmo-gazing sugar-tipped pop; previously hinted at with Spring single ‘Magna Encarta,’ a further preview is provided with free download ‘Earthscore.’

A group who emerged at the tale end of a period when anything purely-instrumental and guitar-based became lazily tagged “post-rock,” Errors have now distanced themselves from that loose genre so much that any fleeting comparison to it is now completely redundant. ‘Have Some Faith In Magic’ is an LP of sprawling pop, with delicious hooks applied liberally across post-electro scatterings; a complete turn away from previously lauded albums ‘It’s Not Something But It Is Like Whatever,’ and last year’s ‘Come Down With Me’ – not least with vocals now being included prominently for the first time. 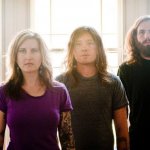 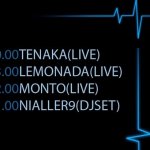