David Kitt will perform his debut album Small Moments in full at Whelan’s this Saturday, October 6th.
You can also expect to hear some new music in the form of collaborations with Sunken Foal – “live 808, dunk chords(tm), chopped up timmy thomas loops…“

In 1999 with several record companies looking to sign him and mould him into a more commercial prospect, Kitt insisted that this intimate collection of home recordings would be his first release. The first person to welcome this idea was legendary Rough Trade boss Geoff Travis who signed The Smiths, Arthur Russell, The Strokes, Pulp and Warpaint amongst many others. Kitt handed a CD-R of these recordings to Travis at the SXSW music conference in Austin, Texas and the next morning Kitt received a call to say that he shouldn’t change a note, the first release was done and dusted.

Once released, the album received rave reviews throughout the British, Irish and European music press and won a legion of admirers including David Bowie, Graham Linehan, Arab Strap, tindersticks, The Magic Numbers and the great Bob Harris of ‘old Grey Whistle Test’ fame. While Kitt’s sophomore follow-up The Big Romancewas his biggest-selling record, for many this debut has a rare intimacy combined with a bold sense of experimentation which marks it out as their clear favourite.

Kitt revisited The Big Romance for a special 10th anniversary full-band show in Vicar Street in December of last year to rapturous reviews and is looking forward to bringing his more intimate debut to arts centre stages throughout the country.

For this one-off tour David Kitt will be accompanied by his brother Robbie who memorably featured on the album aged just 10 at the time, but who is now an accomplished musician in his own right. In addition to performing Small Moments in its entirety, they will perform a second set of mainly new material, previewing tracks from what will be Kitt’s 7th album.

David said this about the tour; “Around the time of ‘The Big Romance’ 10th anniversary gig last year a lot of people expressed interest in hearing my first record ‘Small Moments’ in its entirety. I was surprised by the reaction The Big Romance gig in Vicar Street, and by how much I enjoyed performing the songs
again. While The Big Romance really needs a big band to pull off its detailed arrangements, Small Moments lends itself to a sparser rendering. It felt like a good thing for myself and my brother Robbie to do at this point; we’ve developed a really good musical understanding over the last 5 years working on our Spilly Walker project, so the plan is to gig Small Moment at the weekends and work on finishing
our debut album as Spilly Walker during the week.” 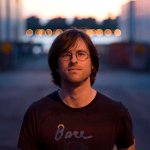 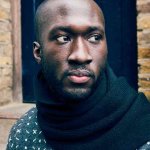