Damo Suzuki returns to Dublin on December 19th for a gig in The Workman’s Club.

He’ll be performing on the night with his Sound Carriers, comprised – on this occasion – of members of Cheap Freaks, Twinkranes and Humanzi.

In a gig which will get ANY self-respecting krautrock fan into a feverish seat of anticipation, The Workman’s Club bring LEGEND Damo Suzuki to Ireland.
Vocal hero Suzuki is perhaps best known for being the front man in the German space & krautrock group Can. Suzuki was with Can from 1970 to 1973, recording a number of critically acclaimed albums such as Tago Mago, Future Days and Ege Bamyasi. Suzuki’s first vocal performance with Can was 1970’s ‘Don’t Turn the Light On, Leave Me Alone’ from Soundtracks.
His freeform, often improvised lyrics, sung in no particular language really gelled with Can’s psychedelic sound. He returned to music in 1983, and currently leads what is known as Damo Suzuki’s Network. As he tours, he performs live improvisational music with various local musicians (called Sound Carriers) from around the world, thus building up a ‘network’ of musicians with whom he collaborates. The Sound Carriers on the night will feature former Humanzi frontman Shaun Mulrooney, Anto from Twinkranes and Robbie Brady of Cheap Freaks/Exploding Eyes.

Tickets now on sale from Ticketmaster for €12.50 plus fees. 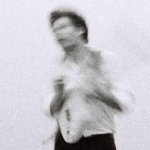 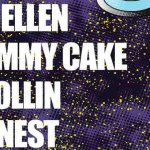