CIAN NUGENT is a guitar player and composer from Dublin, Ireland who combines personal passions, such as squicky pre-war blues, traditional musics, late 1960s & ’70s singer-songwriters, jazz ambitions, modern composition and the Takoma school into a deeply personal style. His music boasts an orchestrated and fully instrumented sound that is playful and eerie at the same time. Cian’s debut studio album Doubles came out in June 2011 on US label VHF.

GOODTIME (formerly Goodtime John) is Dublin born John Cowhie (1978, Gemini). His Mother calls him John, his friends call him Goodtime. He has spent the last year writting and recording his 3rd full-lenght album which features Richie Egan (Jape, VisionAir, The Redneck Manifesto) Glenn Keating (Bones, Jape, Somadrone) and Ross Turner (I Am The Cosmos/ Lisa Hannigan). It is entitled The Colours Of Darkness and is due to be released in 2011.
http://goodtime.ie/

One Shot by GOODTIME

EUROPEAN SENSORIA BAND (Formerly E+S=B, Electronic Sensoria Band) was formed when long-time Wormhole fan Fergus Cullen asked twin brothers Anthony and David Carroll to play with him at legendary Dublin improv club Lazybird. Ditching the guitars in favour of casio keyboards and adding electro-drumpad player Adrienne Flynn of Memory Cells, E+S=B was born. With releases on their own Last Of Our Kind label as well as Deserted Village and Ninepoint records they have played and recorded with the likes of Damo Suzuki (CAN) and Itaru Oki among others. Since then, taking more and more inspiration from the American Free jazz scene of the 60s, E+S=B have scaled down to a three piece line-up consisting of Fergus on guitar and clarinet, Dave and Anthony on drums and bass.
http://lastofourkind.wordpress.com 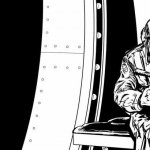 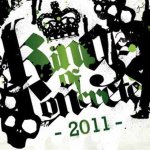 Next
Kings Of Concrete 2011