The aim of The Beatyard Weekender is to bring together enthusiasts of music, media & culture where they can meet like minded people and (we hope) discover something new. Furthermore our goal is to mesh, into the one weekend, almost everything about which we’re passionate, and have been hosting at both the Bernard Shaw and the Twisted Pepper over the last two & a half years.

Beatyard #3 sees the talent calibre step up a notch further from the previous events with a stand alone show from human music making machine Beardyman, a whopping Modeselektion party feat. Modeselektor, Joy Orbison (debut Irish appearance), Martyn, VJ & design team Pfadfinderei, as well as a live show from Kompakt cross over stars Walls (another Irish debut). We also have the biggest Banter show to date with the organisers of Barcelona’s Sonar Festival telling their story to Jim Carroll. Further guests are to be announced on this bill in the coming weeks alongside Yelp’s all day food fair, music workshops, GUTS comedy, Beatyard exhibition & more.

Modeselektion is the duo’s most recent project whereby they take to some of the world’s top venues presenting both their favourite established & hotly tipped acts. Previous Modeselektions have seen the likes of Jamie XX, Ben Klock & Marcel Dettmann, SBTRKT & Clark.
http://www.modeselektor.com

BEARDYMAN
Beardyman, the human music making machine is going from strength to strength and is about to release his debut album of all his own material produced soley by his vocal chords. Beardy has gone from a youtube star (performing comedy sketches and music covers) to wowing crowds and venues and festivals worldwide with his live show which encorporates everything from comedy, freestyle beatboxing, pop hit cover and his own creations of everything from hip-hop to gabba.
http://www.beardyman.co.uk

BANTER – THE SONAR FESTIVAL STORY
Sonar (Advanced Music) is one of the world’s biggest and most highly respected electronic music & multimedia arts festivals. Taking place every June in buzzing Barcelona, Sonar is now into it’s 17th year and continuing to pull masses of music fans from all over the globe to see line-ups of cutting edge talent coupled with some of the biggest stars in electronic music. For our special Beatyard edition of Banter we’re very proud to have one of the main directors of Sonar alongside the festivals head of press Georgia Taglietti to tell us the full story behind the festival.
http://www.sonar.es

JOY ORBISON
Joy Orbison is currently one of the must see names in the bass scene. Orbison, who’ll be making his Irish debut, (apart from having one of the best names for an act in years) has been causing a big stir since the release of his massive hit Hyph Mngo on Scuba’s Hotflush label (voted no 1. in Fact Mag’s tracks of 2009). Orbison sites his main influences as diverse as J.Dilla, My Bloody Valentine, Joseph K & The Beach Boys. Still in his early 20s, an album on the way and holding down a day job for the Royal Post, Orbison has an exciting career ahead of him.
http://www.myspace.com/joyorbison

MARTYN
Dutch dubstepper Martyn has been rising steadily over the last 3-4 years. One of the pioneers of the dubstep/techno sound alongside 2562, Peverelist & Appleblim. Martyn has had a major influence on many of the new producers in the bass scene as well as kickstarting an exciting interlink between dubstep and techno (noticeable in Shed, Marcel Dettman & Surgeon’s more recent productions & sets). Martyn’s most recent release is in fact on Irish label All City, also featuring a collab with fellow Dublin beatnik Mike Slott.
http://www.myspace.com/martyndnb

WALLS
Kompakt’s fast rising stars Walls hail from London. Their 2010 self-titled album has been hailed by as much by fans of The Field as by fans of Animal Collective with their cross over experimental & pyschedelic electronica. The album picked up five stars in NME as well as raving reviews in Pitchfork and Resident Advisor. Their remix for Pantha Du Prince & Panda Bear’s “Stick It To My Side”. This will be Wall’s debut Irish show and their sophomore album is due out this Autumn.
http://www.myspace.com/walls_band

SIRIUSMO
Prolific Berlin based graffiti artist come musician, Siriusmo is the debut signee on Modeselektor’s Monkeytown label, with his album Mosaik is due out early March ’11. Until very recently Siriusmo suffered from stage fright and would refuse to play live shows, he made music purely out of passion in his home studio. He has slowly come around and since played some high profile shows on the Modeselektion tour.
http://www.myspace.com/siriusmo

PFADFINDEREI
Pfadfinderei are a Berlin based design & VJ team, best known for their work with Modeselektor, Ellen Allien and the BPitch Control label. The team also do a lot of graphic design for Berlin clubs and record labels as well as art direction, design and planning for music and multi-media events worldwide.
http://www.pfadfinderei.com

THE ASPECT RATIO
The long planned Bernard Shaw project finally comes to fruition. The multi area, multi screen permanent installation launches this weekend inside, outside and all-over the Bernard Shaw. Built with, by and for some of the best visual artists in Ireland, the plan is push graphic and visual arts, giving a platform for talented but unsure aswell as the supremely capable of the large scale visual arts world.

NOT SAYING BOO
Forward/Slash and theatre group Come as Soon as You Hear come together in a liaison custom built for The Bernard Shaw. Taking in all areas of the BS, they put together a five zone event that covers all stops from live jams to flash theatre, video to graphic art.

THE GREAT WALL OF SEPULCHRE
At 55 metres long, this is probably the longest continuos artwork in the land. Bringing together artists from all corners of street art and illustration, over the 4 days of The Beatyard the Great Wall will creep from The Bernard Shaw’s outdoor hoardings, in the front door, along the wall, down the stairs, do a twirl, continue out back into the smoking area, around the world and culminating with an 10ft tall tower in the new extended beer yard.

REMEMBERING MARVIN GAYE: TRANSIT OSTENDE – SCREENING
In 1981, for reasons best known to himself, Marvin Gaye upped stick from Los Angeles and re-located to the dsmall Belgian town of Ostende. He spent 2 years here in relative peace and obscurity, meeting the locals and giving himself the headspace to conceptualize the ‘Sexual Healing’ album which one him a Grammy Award and also brought him back to his old vices, ultimatley ending wit the fatal run in with his father in 1984. ‘Transit Ostende’ is a unique and intimate fly on the wall documentary of Gaye’s 2 year tenure in a small Belgian town in which he plays and rehearses some of his best known tunes, almost oblivious to the camera. 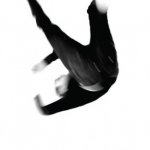 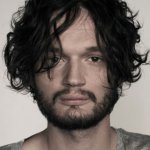